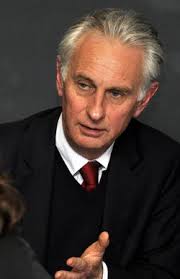 There has been much hand-wringing about the growing scandal of zero-hours contracts. Apparently the Office for National Statistics has greatly under-estimated the phenomenon, with revised estimates suggesting that at least a million workers are engaged on such contracts.

Yet zero-hours contracts are defended on the ground that they provide flexibility for workers as well as employers. The benefit to workers is, however, hugely exaggerated. While there may well be some who suit this kind of arrangement, they are likely to be a small minority.

Most decent people think that this is a practice that needs to be stamped out. The practice is exploitative and abusive, and while it may benefit some, the convenience of a few must not be allowed to justify the misery of what is likely to be the overwhelming majority.

That said, there has been a distinct silence from the labour law community since the story broke in the Guardian. Perhaps everyone is on holiday. A more likely explanation is that this is a question that has no easy answer, and that as a result hand-wringing is the safest bet.

Let me make a start.

The first problem is one of transparency, in the sense that workers should be fully informed of their working time arrangements. At the moment, we have legislation going back to 1963 that says that employers must issue employees with a written statement of terms and conditions of employment.

One problem with this obligation, however, is that it applies only to â€˜employeesâ€™ working under a contract of service. It does not apply to â€˜workersâ€™ engaged under a contract for services, even though they may be wholly dependent on their â€˜employerâ€™.

But even where they can be shown to be employees, Carmichael v National Power in 1999 revealed another problem. Thus â€˜on callâ€™ tour guides were said to be employed on an â€˜ad hoc basisâ€™ and unable to satisfy the then 13 week eligibility period for a written statement of terms and conditions of employment.

So transparency does not apply to some of the most vulnerable workers, and in particular may not apply to on call workers, who are thus denied the most basic information about working conditions. This exclusion is even more anomalous, given that the Working Time Regulations apply to workers.

It would be a good start if all employers were required from day 1 to provide all workers (whether or not they are employees, and regardless of the nature of their hiring) with a written statement setting out the details of their working time arrangements, specifying for what periods while on duty they will be paid.

But it is only a start. The second problem is one of regulation. This could be dealt with in one of a number of ways. My preferred option would be to say that every employment contract must have defined weekly or monthly hours, which guarantees to every worker a defined income each week or month.

The problem with this I hear you say is that there would be nothing to stop the unscrupulous employer from offering one defined hour a month, with the worker to be available on call to suit the needs of the employer. That would undermine the proposal at a stroke.

There is, however, a fairly straightforward answer to that problem, which is that where there are defined hours, it will be unlawful for any worker to be asked to work for more than a prescribed percentage of the defined hours in any week or month. Take your pick â€“ 10%, 15% or 20%. This is â€˜controlled on call working.â€™

In this way employers will be required to manage their labour responsibly, and workers will have less uncertainty, enabling them to plan their lives with greater security. It also builds in a measure of flexibility for employers to meet business demands

In the interests of fairness, workers will need to be paid for any period they are on call. Although not working they must often make themselves available to their employer. This in turn imposes burdens on the workers, in terms of control of their own time during the periods of on call.

Questions will arise as to how much workers should be paid during these controlled periods of on call when they are not actually working. While it might be argued that the retainer ought not to be the same as the hourly rate, nor should it be less than the national minimum wage rate.

One begins with the model of the Working Time Regulations and the principle of the reference period created there. So when we say that an employer can require workers to work no more than 10%, 15%, or 20% above the defined hours, that could be averaged over a period of 13 weeks.

So for example, a worker on a defined hours contract of 30 hours a week could be required to be available for another 6 hours a week (if the 20% limit was adopted). However, that figure of 6 hours could be more in some weeks than in others, provided the average over 13 weeks did not exceed 6.

If employers needed even more flexibility by the introduction in exceptional circumstances of non-defined hours contracts, this could be accommodated too. But here it ought not to be permitted to depart from defined hours contracts in any enterprise without the agreement of an independent trade union.

The purpose of requiring such an agreement is that the employer would have to make a business case for the introduction of such arrangements, and to demonstrate that they are not being used for reasons that are exploitative by management that is incompetent, inefficient or discriminatory.

The engagement of a union in the introduction of such arrangements would also allow limits to be put on their use and procedures to be implemented to avoid abuse. It might also provide an incentive for employers to recognize a trade union with working time the mandatory subject of collective bargaining.

So there are some very easy steps that could be taken to deal with the abuse of zero hours contracts. Thus, the Working Time Regulations need to be amended so that

â€¢ All workers must be engaged on â€˜defined hours contractsâ€™, which set out the minimum number of hours that the worker in question will be required to work each week or month;

â€¢ A â€˜defined hours contractâ€™ must prescribe the permitted percentage (up to a statutory maximum of 10-20%) of the defined hours that workers can be on call;

â€¢ A worker on a â€˜defined hours contractâ€™ who is subject to these controlled on call arrangements should be entitled to be paid a retainer while on call;

â€¢ Additional flexibility for employers may be secured by providing that the maximum period on call is to be averaged over a reference period of 13 weeks;

â€¢ â€˜Non defined hours contractsâ€™ may be introduced only with the agreement of a recognised trade union, on a business case being demonstrated by the employer to the satisfaction of the union;

â€¢ â€˜Non defined hours contractsâ€™ introduced with the agreement of a recognised trade union should be limited in time and subject to monitoring and supervision jointly with the trade union;

â€¢ Breach of these obligations would be underpinned by the usual criminal penalties and civil sanctions to be found in the Working Time Regulations; there would be no opt outs.

There will no doubt be complaints of over-regulation. But if employers did not behave badly and irresponsibly, and if all employers treated their workers decently and with respect, there would be no need for any regulation on this or on any other issue.