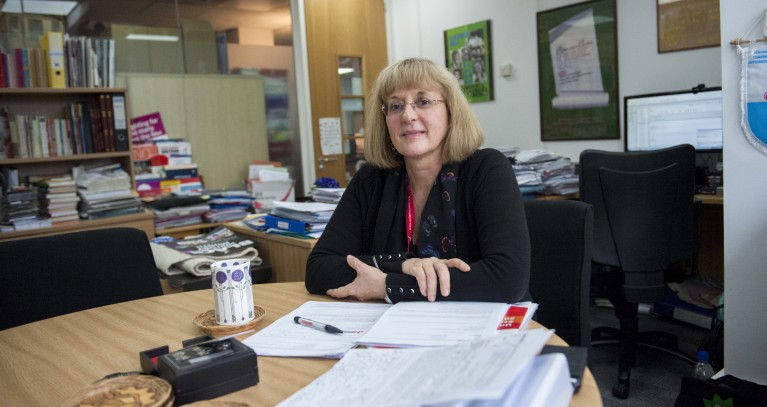 By Diana Holland, assistant general secretary of Unite and treasurer of the Labour Party.

As trade union women come together for the annual parliament of working women this week, we do so at a time when trade unions are suffering a fundamental attack from the government.

Women are now the majority of trade union members in this country and an attack on trade unions, particularly on public-sector unions, hurts working women the most.

Who gains from trade unions being effective and who loses? The lessons from the key moments in trade union women‚Äôs history are clear, and the message on the banners at the turn of the last century said it all: ‚ÄúTo fight, to struggle, to right the wrong.‚Äù

Many people have celebrated the achievements of the Ford female machinists who organised in their union and went on strike in 1968 and in 1984 to win recognition of their skill and fair and equal pay at work.

Their struggle led directly to the passage of the Equal Pay Act. If the Trade Union Bill had been the law of the land at the time, would the breakthrough on equal pay have even occurred at Ford, let alone the introduction of the new legal right to equal pay for all in 1970?

The female chainmakers of Cradley Heath went on strike in 1910 to be paid the minimum wage they were entitled to, and they won, paving the way for the national minimum wage introduced decades later. Would the shackles of the Trade Union Bill have prevented the women from gaining their rightful pay, and set back the introduction of this legal right even further? Would we still be waiting for it? Instead, at the time, men and women also being denied their pay rights gained courage and took action to get justice too.

Women in workplaces with a trade union have higher pay on average, a smaller gender pay gap, better flexible working opportunities and enhanced maternity pay. Why? Because they are not on their own trying to struggle against unfairness and inequality; they are part of a strong collective organised voice that can represent and bargain to root out exploitation and make a difference for the better.

And when in 1998 Labour introduced the overseas domestic workers visa, ending modern-day slavery for migrant domestic workers, this happened because they were organised as a community and in a trade union. The collective voice of the union strengthened the voices of individual workers who had been completely isolated and alone facing horrifying abuse.

As the last Tory-led government turned back the clock on these rights, so migrant domestic workers need again a strong trade union voice as part of a big alliance to end the ‚Äútied‚Äù visa and reinstate basic human rights.

The TUC Women‚Äôs Conference sets out our shared priorities for the year ahead. Organising against the Trade Union Bill and related attacks on union rights is there in the centre of those priorities. It has to be. But we want to increase those rights, not just to defend them from attack. Statutory rights for union equality reps are not just unfinished business from the Equality Act, they are now long overdue. Union equality reps act to prevent discrimination and harassment, to promote equality and a working environment where all are treated with dignity and respect. Yet they have no legal right to paid time off and facilities. Interestingly, just as the government is acting to attack these facilities for other union reps, so some employers are recognising the important role that union equality reps can play, and are ensuring they have the same rights as other union reps.

For International Women‚Äôs Day this year, UN labour organisation the ILO is holding a high-level event as part of its new sustainable development agenda, Getting to Equal by 2030. It has stated that ‚Äúthe world of work will be the forum where the struggle to realise gender equality will be lost or won.‚Äù

In that struggle, individual female workers, as that powerful trade union leader Mary Macarthur said over 100 years ago, can be broken like a single stick ‚Äî but bind them together and they can‚Äôt be broken. It is that unity of purpose and collective strength that can make the difference.

The world of work is subject to many forces. When isolated working women come together they are a real force to be reckoned with, and that force is needed. But it is being attacked by this shameful Trade Union Bill.

It has been said that trade unions and the labour movement civilised the last century. We can be proud of our achievements, but there can be no let-up. As long as there are workers who are not treated with dignity and respect, who are fearful to speak out, who join trade unions in secret even though they know it is a legal right, trade unions must extend that strength and solidarity ‚Äî ‚Äúan injury to one is an injury to all.‚Äù