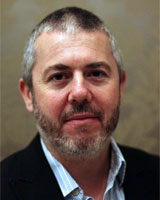 The coalition has overseen a vicious circle of declining wages, the growth of zero-hours contracts and social inequality

The next election will be the first in a generation in which one of the central battlegrounds will be¬†labour¬†law reform. The coalition response to the economic crisis has created a vicious circle of declining real wages for hardworking citizens, the spectacular and shameful growth in precarious zero-hours contracting and increasing social and economic inequality.

Not only does this make no economic sense, given its predictable effects on depressing demand for goods and services, it is also highly corrosive of the civic bonds of citizenship. Without labour law reform, the refrain “We are all in this together” is a hollow mockery of the older political ideal of “civic friendship”, where all citizens join in shaping the social, economic and cultural structures that provide the contexts for full and active participation in public life.

There is an alternative, however, and it is an alternative that is within political reach, as we enter conference season (though it is a shame¬†Ed Miliband¬†made no reference to collective bargaining in his TUC speech). It requires a reconfiguration of our understanding of labour law and the regulation of working life, one that locates it within a politics of the common good.

It would mean the following: ‚ÄĘ A political commitment to the promotion of decent work, with decency characterised by the observance of fair labour standards and rising real wages.

‚ÄĘ The limitation of precarious and insecure work, such as¬†zero-hours contracts, to promote employment opportunities that can provide a secure base.

‚ÄĘ An understanding that productivity and competitiveness flow from a meaningful civic dialogue conducted between the state,¬†trade unions, employers and workers.

The centrepiece to this strategy must be a state commitment to collective bargaining. Without this, collective bargaining cannot flourish. And it must be something other than a selfish exercise in interest-group politics. The legacy of a series of failed incomes policies in the 1960s and 70s is testament to how poisonous this particular understanding of collective bargaining could be. It must reflect politics at its best and be based on trust, co-operation and reasoned dialogue for the sake of the common good.

This civic conception of collective bargaining ‚Äď perhaps better described as collective deliberation ‚Äď represents an ideal that is attainable for us. The German system of sectoral collective bargaining provides a compelling example of something that works for the common good. It provided a mechanism for negotiated adjustment in the face of the economic shockwave in European markets.

While it is folly to suggest that a foreign model of labour relations can be transplanted by a simple push of the legislative button, it is equally folly to despair that the UK is a prisoner, locked into spiralling decline through a series of interlocking institutional and political elements. The following are suggestions for how we might begin the journey towards realisation of this “civic” vision.

The scale of civic participation must match the scale of the economic challenges. There must be forums for transparent engagement between the state and the social partners: a “national level” collective bargaining, if you like. One of the most serious threats to the civic project across the world is the muting of workers’ political voices. These forums would enable matters of pressing national concern, such as the proliferation of zero-hours contracts, to be addressed and might be the precursor to legislation enacted through the ordinary legislative process.

Collective bargaining at the enterprise level will continue to be important, for there are many matters of concern that can only be regulated at this level. There also need to be legal remedies to challenge the unconscionable behaviour of hostile employers; augmenting the organisational rights of trade unions, making it easier for trade unions to carry their message to the unorganised.

Collective bargaining cannot operate without the possibility of effective strike action, exercised responsibly by trade unions. The state itself has a responsibility to vindicate important public interests in this sphere, such as ensuring that strike action has a democratic mandate from striking workers. Or ensuring that the strike weapon is being used responsibly and proportionately. This raises complex issues of balance.

Nevertheless, a Labour government should begin by mandating a thorough review of UK strike law, in the light of the UK’s obligations under international law. This review would be undertaken on a tripartite basis, with the social partners advised by independent experts. It would enable problematic areas in need of legal reform to be identified, while at the same time enabling the government to ensure that reforms are designed and implemented with the wider national interest in view. There are no simple solutions in this complex and controversial area of the law.

These reforms would provide an opportunity for trade unions to participate fully as social partners in a civic dialogue. But we should not lose sight of the fact that this presents challenges for the trade union movement, too. Take the example of “good faith” collective bargaining, which would be a necessary legal reform in a strategy of deliberative collective bargaining.

Good faith is a legal technique that has the potential to empower unions and workers in the bargaining process. But good faith is a reciprocal obligation and trade unions will themselves be required to bargain in good faith, too. This will require the union movement to bargain responsibly, with the common good and the interests of its members held in binocular perspective.

It will be for the state to determine democratically what that common good demands of bargainers, as reflected in good faith requirements. It might require serious engagement with a productivity agenda, harnessing the creativity of the workforce to encourage open innovation, or a commitment to public services reform.

In times of high inflation, it might require the moderation of wage demands. With empowerment comes responsibility. That is the virtue of the civic turn. For some, of course, that might also be its vice.