Wales Parliament On Course For Legal Battle On TU Act 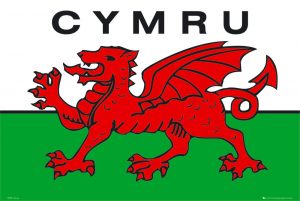 The Welsh Government has announced it intends to repeal Westminsterâ€™s Trade Union Act â€“ which will lead to a constitutional battle in the Supreme Court.

Earlier this year Welsh AMs voted that key aspects of the UK Act should not apply to the devolved public sector in Wales.

They withheld legislative consent from a number of clauses in the Westminster Bill, including restrictions on strike ballots in the Welsh public sector.

The motion had been tabled by the Welsh Government because it believes Westminster needs the Assemblyâ€™s approval for its legislation to apply in Wales. UK ministers do not accept this and went ahead with their legislation as planned.

The Westminster Act, which received the Royal Assent in May:

Carwyn Jones will announce that the Welsh Government will have a Trade Union Bill of its own, designed to repeal elements of the Westminster legislation.

The UK Government is expected to say Wales does not have the power to repeal its law because it is in the non-devolved area of employment legislation.

However, the Welsh Government argues that it has the right to legislate on matters affection the Welsh public service.

Wales TUC general secretary Martin Mansfield said: â€śWe welcome the Welsh Governmentâ€™s commitment to repealing the Act in Wales following its firm opposition to the Bill during the last Assembly term. The Welsh Government needs to act urgently to ensure that new legislation is presented as soon as the Senedd sits again following the summer recess.

The progressive parties that stood with unions in opposing the Trade Union Billâ€™s passage into law now have a responsibility to support the work to repeal it as soon as possible.â€ť

The proposed Trade Union Bill will be announced as part of the Welsh Governmentâ€™s legislative programme, which is also expected to include a new Public Health Bill, whose predecessor fell in controversial circumstances on the last scheduled day of Assembly business before the 5th May election.