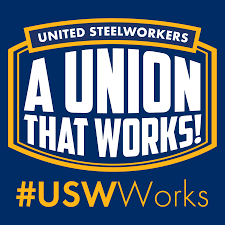 The United Steelworkers issued the following statement today in response to the release of the text of the proposed Trans-Pacific Partnership (TPP) trade agreement:

The USW is unalterably opposed to the TPP because itâ€™s a dagger twisting in the heart of American manufacturing. Even the Wall Street Journal predicted the deal would cause a massive trade deficit in manufacturing which would result in hundreds of thousands of job losses. This sector has yet to share broadly in the economic recovery and is shedding good, family supportive jobs at an ever-increasing pace.

The TPP provides incentives for U.S. companies to outsource production and offshore jobs â€“ and that is far from the kind of trade policy America needs. The TPP may gain the United States brownie points with other countries, but at the cost of American economic strength and national security.

In section after section, this proposed agreement compromises Americaâ€™s economic future and inflicts enormous damage. Workers, like our members, have been on the losing end of trade agreements for far too long, and this deal fails to change that. That is because it does nothing to stop international rule breakers â€“ and countries like China will once again be the winners.

Here are some problems in the TPPâ€™s hundreds of pages of text, side agreements and sweetheart deals:

The TPP has been promoted as a 21st century trade agreement, but this free trade deal would take American workers backward, not forward.