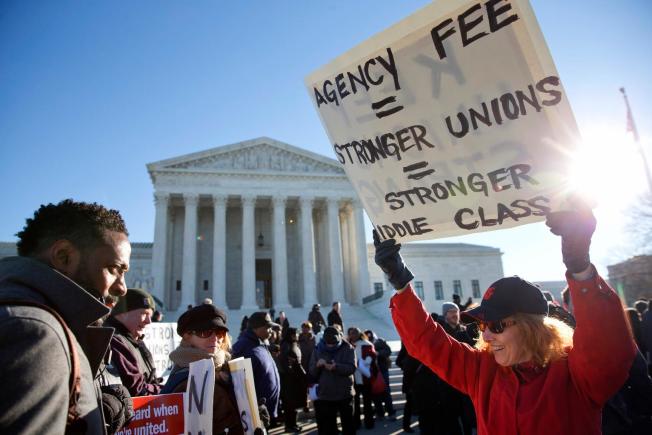 The United Steelworkers (USW) union has expressed concern that the ‘Friedrichs v. California Teachers Association’ case, currently before the U.S. Supreme Court, has the potential to make economic conditions even more dire for working Americans and their families.

The ruling in the ‘Friedrichs case’ could potentially overturn a 40-year-old unanimous decision by the U.S. Supreme Court called ‘Abood v. Detroit Board of Education’.

This allowed public-sector unions to collect ‘fair share fees’ (union subs) from workers who exercise their right not to join a union but who the union is required by law to represent in collective bargaining anyway. The fees go toward the cost of bargaining and administering the agreement.

Under the 1977 Abood ruling, workers who choose not to join the union at their workplace are required to pay union fees to cover only the cost of collective bargaining and administration, not political activity.

However, the plaintiffs in the Friedrichs case have argued that all public-sector union activity, including contract bargaining and workplace grievance settlement, is political and workers who choose not to join the union should be exempt from those costs.

āWhen unions fight for higher salaries and better benefits, those gains go to every worker. It only makes sense that every worker should pay their fair share toward gaining