US Unions Win ‘Right To Work’ Case In Wisconsin 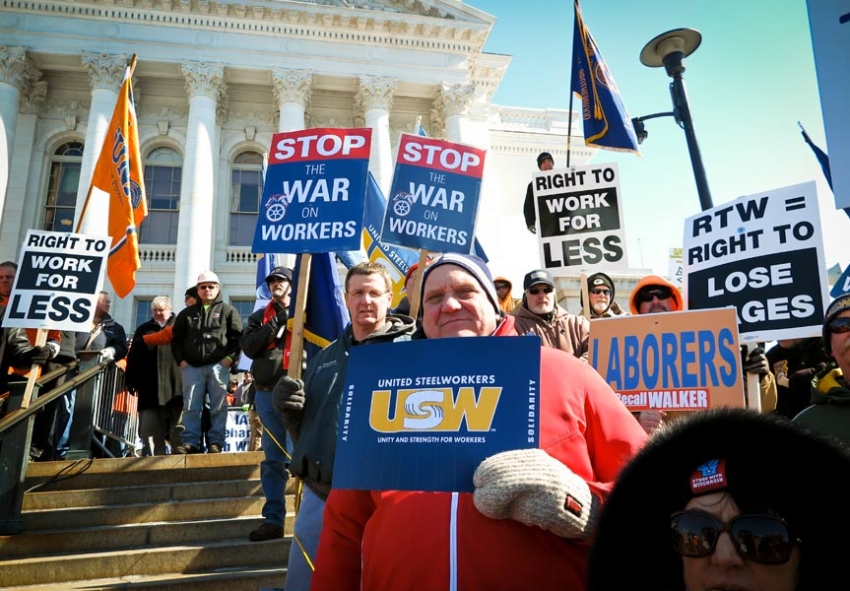 Three US union locals have won a significant victory in the fight aganist the anti – union ‘right to work laws’ in Wisconsin.¬Ý Right-to-work laws prohibit businesses and unions from reaching agreements that require all workers, not just union members, to pay union dues. Twenty-four US states have such laws.

The Machinists Local Lodge 1061 in Milwaukee; the Wisconsin AFL-CIO chapter and United Steelworkers District 2 in Menasha argued in court that that Wisconsin‚Äôs law introduced by right wing Republican Govenor Scott Walker was ‘an unconstitutional seizure of union property’ as unions have to extend the benefit of being in a union to non union workers. Dane County circuit judge William Foust agreed saying the law amounts to an unconstitutional governmental taking of union funds without compensation, since under the law unions must represent non union workers. “That presents an existential threat to unions”, Foust wrote.

Right wing Republicans say they will fight the decision in the courts.

In 2014 the Indiana supreme court rejected two almost identical challenges to that state‚Äôs right-to-work law. Those lawsuits alleged that the law unconstitutionally required unions to provide services to non-union workers without compensation.

For more on ‘Right To Work’ Laws in the USA click here.