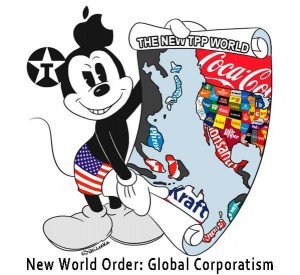 US unions represented on the Labour Advisory Committee set up by President Obama to scruitinse the trade deal between the USA and twelve Pacific Rim countries have slammed the draft agreement saying that it is ‚Äúunbalanced in its provisions, skewing benefits to economic elites while leaving workers to bear the brunt of the TPP‚Äôs downside‚Äù.

The LAC is made up of some of the USA‚Äôs most prominent trade union leaders including Richard Trumka of the AFL-CIO; Leo Gerard of the Steelworkers, Dennis Williams of the Auto Workers, Mary Kay Henry of the Service workers, Tom Buffenbarger of the Machinists and James Hoffa of the Teamsters union, alongside a number of noted academics.

In an open letter to Obama the LAC said it strongly opposes the TPP as it failed to advance the economic interests of the U.S. and does not fulfill all of the negotiating objectives identified by Congress in the Trade Priorities and Accountability Act of 2015.

‚ÄúThe threat to future economic gains here in the U.S. and the standard of living of our people will be put in jeopardy by the Agreement. These threats will grow over time based on the potential for open ended expansion of the TPP to countries ranging from Indonesia to China‚Äù

The LAC said the agreement should not be submitted to Congress or, if it is, it should be quickly rejected. The interests of U.S. manufacturers, businesses, workers and consumers would be severely undermined by the entry into force of the TPP.

In particular the LAC rejected the inclusion of the Investor State Protection mechanisms and weak labour clauses which will continue to undermine worker bargaining power in the US and abroad, as well as weakening democratic processes and regulatory capacity across all twelve TPP countries.

The LAC says: ‚ÄúGiven the misguided values enshrined in the TPP, it is no surprise that the economic rules it will impose will actually make it harder to create a virtuous cycle of rising wages and demand in all twelve TPP countries. While the TPP may create some limited opportunities for increased exports, there is an even larger risk that it will increase our trade deficit, which has been a substantial drag on job growth for more than twenty years.

The LAC cites manufacturing jobs and wages will be at risk in the auto, aerospace, aluminium, steel, textiles, call centres, and electronic and electrical machinery industries.