US Unions Call On Government To Withdraw GSP For Philippines Over Violations Of Workers Rights. 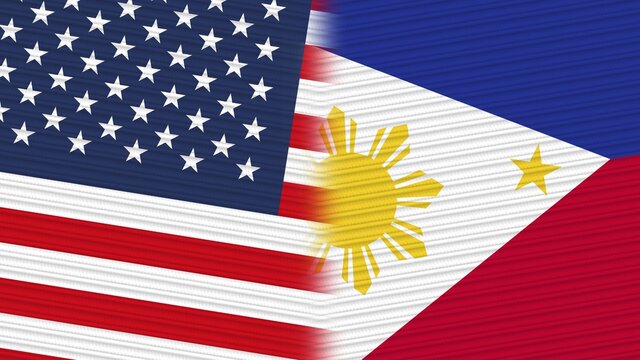 A coalition of US unions and allied groups filed a petition calling on the US government to withdraw special trade preferences granted to the Philippines due to the Duterte governmentŌĆÖs pervasive violations of workersŌĆÖ rights.┬Ā

The Philippines is one of the largest beneficiaries under the U.S. Generalized System of Preferences (GSP), a trade programme that provides developing nations with duty free access to the U.S. market as long as they meet certain minimum standards, including respecting internationally recognised worker rights.

The GSP program benefits expired in December 2020 and are currently awaiting re-authorization by Congress.┬Ā The petition highlights that the Philippines Government is violating the terms of the workersŌĆÖ rights provisions and should therefore not be eligible for benefits when Congress re-authorizes the program.

Under President Duterte, the Government of the Philippines has carried out an organized campaign of terror against Philippine trade unions, engaging in a practice known as ŌĆ£red-taggingŌĆØ where union leaders are labeled as communists or terrorists and subjected to harrassment, violence, and even assasination.

According to the International Trade Union Confederation (ITUC), at least 50 cases of extrajudicial killings of trade unionists have been committed under DuterteŌĆÖs administration.┬Ā No one has been convicted of any of these crimes.

At the same time,┬Ā the Duterte administration has administered a labour law system that imprisons peaceful strikers and denies almost half of Philippine workers their right to bargain collectively. WorkersŌĆÖ rights to associate, organize, and bargain collectively simply do not exist under these conditions.

Given the gravity of the abuses and the complicity of the Duterte regime, the Biden Administration must take immediate action to protect workers in the Philippines. GSP benefits must be withdrawn┬Ā until the Philippine government stops the killings and red-tagging, prosecutes those responsible, and fixes its broken┬Ā labor law system. Anti-labor persecution like DuterteŌĆÖs not only deprives individuals of their rights, but saps the strength of a movement dedicated to promoting economic justice and worker welfare. The results are economic inequality and democratic decline.

The American Federation of Labour-Congress of Industrial Organizations (AFL-CIO) said:┬Ā ŌĆ£The Duterte regime has overseen a brutal reign of terror against trade unionists, journalists, and other human rights defenders,ŌĆØ said Cathy Feingold, International Director at the AFL-CIO.┬Ā ŌĆ£They should not continue to enjoy privileged access to the U.S. market unless they agree to a concrete, time bound plan of action to end the killings, hold the perpetrators accountable, and close the loopholes in their labour regime.ŌĆØ

The Communications Workers of America (CWA) said: ŌĆ£CWA has been engaged in building international solidarity with workers across the globe because we believe building true worker power can only be possible if we all join together,ŌĆØ said Shane Larson, CWA Senior Director for Government and International Affairs. ŌĆ£Filipino call center workers who stood with us at great personal risk during our strike against Verizon in 2016 are now facing off against one of the most brutal regimes of our time, where workers face relentless harassment, intimidation and violence. We demand that our government use its power to stand up to a regime that abuses and kills activists who are only fighting to better their workplaces and communities and call on the global labor movement to stand with Filipino workers.ŌĆØ

The International Brotherhood of Teamsters (IBT) said: ŌĆ£The intimidation, dismissals and threats against Philippine workers for demanding respect through their unions is unacceptable,ŌĆØ Teamsters General President Jim Hoffa said. ŌĆ£Coca-Cola Philippines refuses to reinstate Coke union leaders Alfredo Mara├▒on, Belarmino Tulabut and Danilo Pineda who were fired for demanding higher safety standards in the midst of Covid. This petition is an act of solidarity with working people and democracy in the Philippines.ŌĆØ
ŌĆ£The U.S. labour movement stands with unions in the Philippines in response to President DuterteŌĆÖs ongoing and systematic campaign of repression against unions and labor rights defenders as detailed in this petition,ŌĆØ Jennifer (JJ) Rosenbaum, Executive Director of Global Labor Justice-International Labor Rights Forum (GLJ-ILRF). ŌĆ£ GLJ-ILRF urges swift action by the Biden Administration as part of its Worker Centered Trade policy and commitment to worker organizing and empowerment.ŌĆØ ┬Ā

You can find the petition here: https://laborrights.org/publications/request-review-gsp-status-republic-philippines-violations-worker-rights