US Think Tank Positive On Union Rights And Collective Bargaining For US Workers – But Where Was Ed Balls? 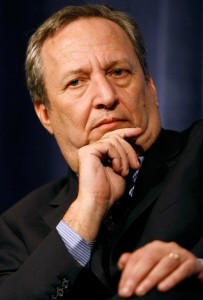 Much has been written last week on the ŌĆ£Report Of The Commission On Inclusive ProsperityŌĆØ which was co-chaired by Lawrence H. Summers and our own shadow chancellor Ed Balls, which was convened by the Center for American Progress.

The Center for American Progress is a think tank which has a relationship with potential presidential candidate Hilary Clinton.

US commentators are already referring to the think tankŌĆÖs ŌĆ£white paperŌĆØ as ŌĆ£HilarynomicsŌĆØ suggesting it set out what a Clinton presidency might do economically and politically on the domestic front.

Larry Summers ran the Treasury Department at the end of the Bill Clinton administration, and ran the National Economic Council at the beginning of the Obama administration – only liberal opposition stopped him from chairing the Federal Reserve. He is described as ŌĆ£the Democrats’ go-to guy for economic policyŌĆØ

The other co-chair is Ed Balls, LabourŌĆÖs Shadow Chancellor (and as the report notes a member of Unite and Unison). US pundits are saying that his involvement gives the document some real weight.

It is over 160 pages long makes interesting reading.

In the USA section not only does it argue for more infrastructure spending, closing corporate tax and inheritance tax loopholes, curbing the deductability on executive pay, it argues for a tax cut┬Āfor middle class workers and very importantly supports labour market reform, extending collective bargaining and support for trade unions.

Some of the telling paragraphs in the US section are music to the ears of British trade unionists. They include: ŌĆ£In the United States, we need to support the growth of unions and collective bargaining so workers can capture their share of productivity increasesŌĆØ.

ŌĆ£Expanding the benefits of collective bargaining in the United States would help reverse the trend toward wage inequality for U.S. middle-and lower-income workers; even modest institutional changes would help empower workers to do so.

┬ĀŌĆ£For example, meaningful labor law reform and the promotion of multiemployer or industry-wide bargaining would be an important breakthrough because individual employers paying good wages would no longer be disadvantaged by competing with low-wage employersŌĆØ.

Turning to the UK policy section it is interesting to note that whilst there are the positive references to ŌĆ£a race to the topŌĆØ; ending zero hours contracts; supporting innovation, raising productivity, expanding skills and apprenticeships and encouraging long termism but on the key question of the extension of collective bargaining and trade union rights as a way of reducing inequality in the UK (as is being proposed in the US section) there are no such statements or policy options.

It seems that when the opportunity comes their way and presents itself on a platter some senior Labour front benchers┬Āare still scared stiff of┬Āmentioning the benefits of widespread trade union membership and collective bargaining, especially as a way of reducing the massive inequality now prevalent in the USA and UK.