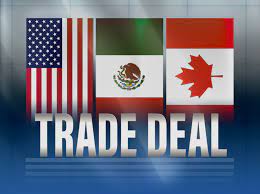 Trade unions in the US and Mexico filed the first complaint under the ‚Äòrapid response mechanism‚Äô in the US, Mexico, Canada trade deal which allows companies abusing labour rights in those countries to face penalties.

The complaint is against Tridonex auto company which has factories in Mexico.

Abuses unions have documented in their complaint include:

More information on the case is here: