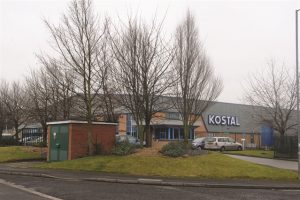 Unite has heralded ŌĆśhistoric legal judgmentŌĆÖ at the Supreme Court on collective bargaining in a case brought against German owned car┬Ācomponents company Kostal.

The Unite leader says union members have been resolute in their six-year battle to defend union rights: Their victory will affect union members everywhere across the UK.

The Supreme Court found in favour of a group of Unite members who had sought to undermine their union negotiations by offering unlawful inducements to undermine a union ballot rejecting a pay offer. The original dispute involved around 60 union members at Kostal.

Unite general secretary Sharon Graham said:┬ĀŌĆ£With the support of their union the workers stood firm. Now they have won an historic case that creates a legal precedent for every union member across the UK. It means that employers cannot subvert or by-pass union collective bargaining processes by offering their workforces inducements of one type of another to abandon union mandates. That is momentous.ŌĆØ

In February 2015, Kostal and Unite signed a union recognition agreement. In October 2015 the next round of wage negotiations commenced and resulted in a formal union ballot of members, in which 80 per cent voted against the offer.

The company then wrote directly to union members and urged them to accept their offer individually or lose a Christmas bonus worth ┬Ż270. The workers also had to accept changes to their employment conditions. In January 2016, the offer was repeated but then coupled with the threat of dismissal if workers did not accept it.

Over the next two years, the union won two employment tribunals which ruled that both Kostal offers amounted to ŌĆśunlawful inducementsŌĆÖ, contrary to section 145(b) of the Trade Union and Labour Relations (Consolidation) Act 1992. Unite members were awarded over ┬Ż420,000 in compensation.

In June 2019, however, these findings were overturned at the Court of Appeal. TodaysŌĆÖ judgement finally overturns the Court of Appeal judgement and finds in favour of the unionŌĆÖs case that Kostal had breached the 1992 Trade Union Act by offering unlawful inducements.

Sharon Graham said:┬ĀŌĆ£This judgement is a game changer. It means that employers cannot ignore legally established collective bargaining rights just because they suddenly choose to ignore them or subvert them. Every worker should realise now that itŌĆÖs in their interest to be a union member.ŌĆØ

The judgement handed down today means that the workers involved will each receive a compensation payment of around ┬Ż8,000.

Unite national officer Simon Coop, who was involved in the original dispute and the years of legal action, said:┬ĀŌĆ£Justice has been done at last. It is actually a vindication of UniteŌĆÖs reps system, which ensured all the union members stuck together through thick and thin.ŌĆØ