Unite on the Taylor report: Work must pay; swindling bosses need to fear the law 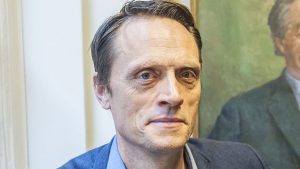 Ahead of the publication of the long-awaited Matthew Taylor report tomorrow, (Tuesday 11 July) into workersâ€™ rights in the changing economy, the countryâ€™s biggest union, Unite, said the urgency of the situation must be grasped as for too many work in the UK simply does not pay.

Unite general secretary Len McCluskey said: “The Taylor review is an opportunity to take a serious look at the forces driving the rise of insecure work and exploitation in this country.

“We cannot stress enough the urgency of the situation. Â Workers are being hit by a triple whammy of rising living costs, falling wages and increasing insecurity.

â€śWe need better answers from government on this because for far too many in this country, the bald truth is that work simply does not pay.

â€śWorkplace insecurity is being super-charged not by gig-working alone, but by the deliberate and bogus use of self-employment, by the continuing use of zero hours contracts and the misuse of agency working where there ought to be permanent employment.

â€śThe denial of basic rights and a fair wage to growing numbers of workers is a scandal on a huge scale. It must be addressed.

“So it is vital that what emerges from this report brings much-needed clarity to workers and can support them in pursuing their rights.

â€śBut it must also be substantial enough to put a stable footing under the growing numbers of workers for whom the monthly outgoings are ever-rising but their incomes are in constant flux.

â€śThe onus must be on employers, not employees, to prove that the employment status is legitimately self-employed, for example, and we call again for this country to do as New Zealand does and ban abusive zero hours contracts.

â€śThe message must also go out loudly and clearly to those employers who swindle their workforce that the law is coming after them and that working people will have justice.

â€śThat is why Taylorâ€™s recommendation must be matched by effective enforcement of the law. Without fully resourced enforcement then all we have from Mr Taylor and the government is a dog that is all bark and no bite.

“Lastly, the government must overhaul the welfare system. It ought to be there to support people as they move in and out of work but instead is a force for creating the impoverishment of working people.â€ť

Latest: The TUC are tweeting that if reports in the media on the Taylor Report are true gig economy employers have been ‘let off the hook’