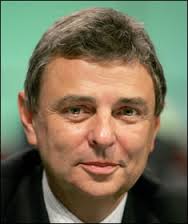 ÔÇťThe timing could not be more critical, but today we are one step closer to justice for workersÔÇŁ said Unison General Secretary, Dave Prentis. The comments come in the wake of a ruling by the Royal Courts of Justice that the union has permission for a Judicial Review hearing, over the introduction of fees for claims in Employment Tribunals and Employment Appeal Tribunals, is to go ahead in October.

Dave Prentis went on to say:┬áÔÇťI am pleased that Unison has been successful in getting permission for a Judicial Review hearing. ┬áThe introduction of punitive fees for taking a claim to an employment tribunal, would give the green light to unscrupulous employers to ride roughshod over already basic workersÔÇÖ rights.

ÔÇťThe Government should not put a price on justice. ┬áIt is disappointing that in the interim fees will still be paid, but we will be making a strong case for a Judicial Review in October because we believe that these fees are unfair and should be dropped.ÔÇŁ

1. ┬á┬á┬á┬á┬á┬á┬á┬áIn accordance with EU law, national courts must not make it virtually impossible, or excessively difficult, to exercise individual rights conferred by European Community law. When considering litigation a reasonable person will calculate whether the likely costs of proceedings outweigh the benefits. [Median awards are low; and even where individuals are successful, research commissioned by the MOJ in 2009 found that of those awarded compensation by the Employment Tribunal, 39% had received nothing from the employer 42 days after judgment. One year after judgment 31% had still been paid nothing. In order to comply with EU law, the right to bring such a claim must be fully effective]. However, the new fee regime will impose fees which will often be greater than the expected compensation, even if such claims were successful. They are set at a level which is prohibitive even to those entitled to partial remissions. Reasonable people will not litigate to vindicate their EU rights in such circumstances.

2. ┬á┬á┬á┬á┬á┬á┬á┬áFees are not payable at all in most claims brought to the First-Tier Tribunal, a similar tribunal at the equivalent level in the judicial hierarchy to the Employment Tribunal. It is a breach of the principle of equivalence to require significant fees to be paid to vindicate EU rights where no fees are required to vindicate similar rights derived from domestic law.

3. ┬á┬á┬á┬á┬á┬á┬á┬áThere has been no proper assessment of the Public Sector Equality Duty. An assessment should then have been made of the potential adverse effect of introducing fees in terms of the numbers and proportions of claims brought by individuals with protected characteristics which would previously have been brought and will now not be pursued.

4. ┬á┬á┬á┬á┬á┬á┬á┬áIndirect discrimination. Eg. Charging prohibitively high fees to pursue such claims will therefore have a disproportionate adverse impact on women. Given that women will not (if they earn an average income) be entitled to any remission of fees in the Employment Tribunal, it is difficult to see how that impact could be said to be a proportionate means of achieving a legitimate aim.

Until now there has been no charging regime for bringing claims to the Employment Tribunal and Employment Appeal Tribunal.

There is a provision for the remission or part-remission of fees but this is dependent on whether a person is in a couple or has children, or whether they earn below a certain gross annual amount.]

Fees start at around ┬ú160 to issue a claim, rising to ┬ú250 a claim depending on the type of claim; which a further hearing fee starting at ┬ú230 to ┬ú950. Where claims are issued by a group, issue fees range from ┬ú320 and ┬ú460 (hearing fee). For a simpler ÔÇťType AÔÇŁ claim with 2-10 claimants) to ┬ú1500 (issue fee) and ┬ú5700 (hearing fee) for a more complex ÔÇťType B claimÔÇŁ with over 200 claimants.