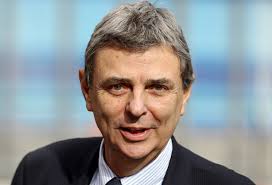 The full judgment can be found by clicking here.

The Court of Appeal has already agreed to hear Unison’s appeal of the earlier High Court decision over tribunal fees. This hearing was stayed in light of new evidence showing a huge drop in tribunal claims which resulted in the second Judicial Review hearing.В UNISON will seek to join these appeals and will seek an expedited hearing.

UnisonВ General Secretary Dave Prentis said: “The High Court’s decision is disappointing but we will fight on and do everything possible to ensure that these punitive fees introduced by the government are abolished.

“Today’s ruling is a real missed opportunity to ensure that all workers can afford to bring an employment tribunal claim. Since the introduction of fees last year, thousands of workersВ have been priced out of justice and we must not let this continue to happen.”

Prior to the introduction of fees on 29th July 2013, the Employment Tribunals received an average of 48,000 new claims per quarter. However the most recent quarterly figures for July to September 2014 show that in that quarter there were only 13,612 new claims – 66% fewer than the number of claims lodged in the same period of 2013 (when fees were payable), according to MoJ figures released on 11 December 2014.

The Government’s decision to introduce Employment Tribunal and Employment Appeal Tribunal fees was challenged by UnisonВ in the High Court in October 2013 and again in October 2014. The union argued that the introduction of fees would deny access to justice for workers treated unfairly by employers and would therefore be unlawful, and that the introduction of fees has a disproportionate impact on women.

The High Court in the first judicial review appeared to accept the union’s argument, but ruled that because the fees were introduced in July 2013 the full impact could not be judged. In the recent decision, following evidence of a 91% drop in sex discrimination claims, and an overall drop in claims of 80%, the High CourtВ described the extraordinary fall in the number of claims as вЂњstrikingвЂќ and Lord Justice Elias anticipated that some workers would have insufficient funds to bring claims.

Fees start at aroundВ ВЈ160 to issue a claim, rising to ВЈ250 a claim depending on the type of claim; with a further hearing fee starting at ВЈ230 to ВЈ950. Where claims are issued by a group, issue fees for a simpler вЂњType AвЂќ claim with 2-10 claimants are ВЈ320 with a hearing fee of ВЈ460 (hearing fee); and В a more complex вЂњType B claimвЂќ with over 200 claimants would require a fee of ВЈ1500 (issue fee) and a further ВЈ5700 (hearing fee).