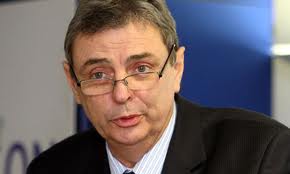 UNISON has applied to the High Court for a judicial review of the Ministry of Justice’s decision to introduce employment tribunal fees from the end of next month, it has announced.

General Secretary, Dave Prentis, said that the introduction of fees would disproportionately affect women and others with ‘protected characteristics’ under equality legislation.

Bringing in tribunal fees would also go against EU law by making it “virtually impossible” for workers to exercise their rights under employment law, he said.

New fees for bringing a claim to an employment tribunal or the Employment Appeal Tribunal (EAT)Â are due to come into force from 29th July. Under the new structure, parties will have to pay an upfront fee to raise a claim with a further ‘hearing fee’ once the case is referred to a tribunal. Flat fees will apply to EAT cases.

The amount payable to refer ‘level 2’ unfair dismissal or discrimination claims will be Â£250 with a further hearing fee of Â£950, making a total of Â£1,200. A full hearing for an administratively simple ‘level 1’ claim will be Â£390. The remission system which currently operates to exempt people on low incomes from having to pay the full fees will be extended to apply to employment tribunals.

A consultation closed last month onÂ changes to the fee remission scheme.Â The Government is proposing to introduce a single remission scheme across the variety of UK civil courts and tribunals, to replace the variety of schemes currently in operation. The consultation proposed a new test which would look at a combination of workers’ income and capital savings to decide whether they would be entitled to the payment of some or all of their fees.

The first legal argument proposed by UNISON against the introduction of fees is based on EU law. EU law prevents national courts from making it “virtually impossible, or excessively difficult” for individuals to exercise their rights. In a statement, UNISON said that a “reasonable person” considering litigation will weigh the likely costs of proceedings against the benefits. The new regime would “impose fees which will often be greater than the expected compensation”, assuming the claim was successful, UNISON said.

UNISON said that when the Government carried out its impact assessment on fees, it did not properly consider the potential adverse effect of introducing fees on public sector workers with protected characteristics, as required by the Public Sector Equality Duty. It also referred to the number of women currently pursuing equal pay claims through UNISON to show that the introduction of fees would be indirectly discriminatory, as they would have a disproportionate adverse impact on women.

“The Government should not put a price on justice â€“ that is why UNISON is calling for a Judicial Review,” UNISON’s Dave Prentis said. “These charges are a blatant attempt to stop working people from exercising their employment rights. It will give unscrupulous employers the green light to ride roughshod over employees’ already very basic rights at work.”

“The Government like to talk about equality but these changes will hit women in particular hard. We do not have class actions in this country and over the years UNISON has lodged equal pay claims for hundreds and thousands of women. If those women did not have union backing, and had to pay up front for access to justice, many would have lost out,” he said.