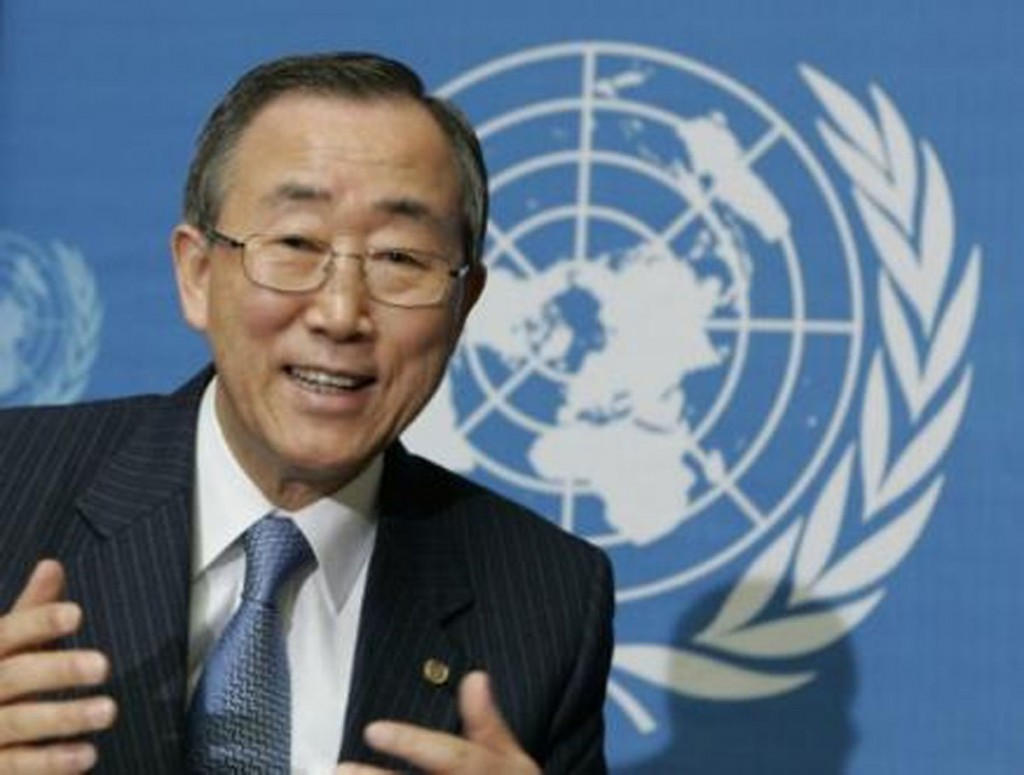 Yeah, look at me! I am the UN General Secretary and I took away my worker’s employment rights!

In an astonishing act of hypocrisy and just days before the terrorist attack on the UN facility in Mogadishu in June, United Nations staff represented by the CCISUA (the┬Āfederation representing staff associations and unions organised within the different sections of the United Nations, who are affiliated to the GFTU in the UK)┬Āhad their┬Āunion rights unilaterally withdrawn┬Āby UN Secretary General Ban Ki-moon.

Unions across the world were shocked by the move. TUC General Secretary Frances OŌĆÖGrady┬Āwrote┬Ādirectly to the UN Secretary General in New York, and to UK Foreign Secretary William Hague asking him to stand up for union rights for UN staff.

In the last decade, 220 staff have been killed in attacks, on top of 102 who died in the Haiti earthquake three years ago.

Ahead of a 10th anniversary commemoration of the Baghdad bombing in which 22 UN staff died, Ian Richards, President of the UN staff union in Geneva, wrote at┬ĀHuffington Post:┬ĀŌĆ£We believe that union rights save UN lives. In order to help ensure the safety of colleagues who serve in the field, a credible negotiating framework between representatives of staff and management is essential. Without the ability to challenge decisions that may prove to be harmful to them, or even to speak up for themselves, our colleagues are helpless.ŌĆØ

And as Frances O’Grady’s letter to the UN Secretary General points out, the┬ĀInternational Labour Organisation (ILO), ┬Āmaintains that┬Āthe rights to join a union and collectively bargain with employers are fundamental human rights.

The Campaign For Trade Union Freedom is now asking supporters to get involved.

You can take action to protest at this disgraceful decision, and demand that UN staff should have their collective bargaining rights restored, by backing an International Trade Union Confederation┬Āe-action┬Āand demanding that the United Nations honours ILO Conventions.