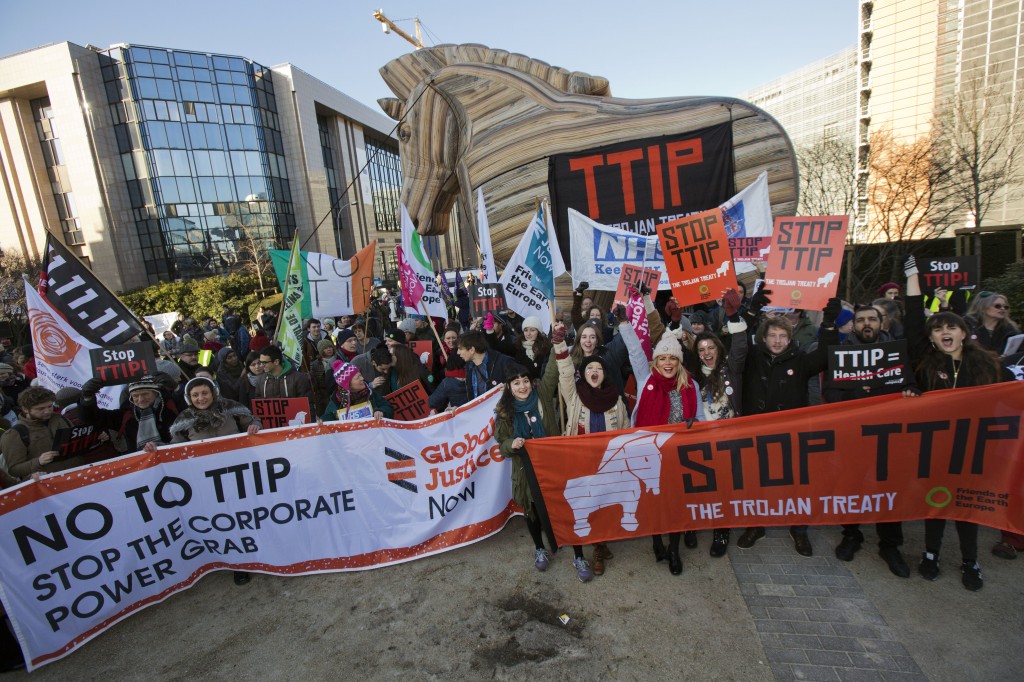 From The Guardian. March 25th

A future government must be allowed to expand theĀ NHSĀ without facing legal challenge under a proposed new EU-US trade deal, according to a sharply critical report from an all-party committee of MPs. The Business, Innovation and Skills committee said the government needed stronger evidence to back up its claim that the Transatlantic Trade and Investment Partnership (TTIP) would bring a boost of Ā£100bn a year to the UK.

It also said the case had not been made for the highly controversial investor-state dispute settlement (ISDS), the provision that would allow private investors to sue governments for the loss of future profits caused by decisions made by national parliaments.

Adrian Bailey, the BIS committee chair, said TTIP had the potential to help the UK economy and criticised the ādog whistleā politics used by both supporters and opponents of the deal. āMore detail needs to be made available to allow greater public scrutiny of this extensive trade agreement,ā Bailey said. āCampaigners, lobbyists, business groups, government and the European commission also need to do more to engage with the evidence rather than make unsupported claims about the benefits or risks ofĀ TTIP.ā

The committee reserved its strongest criticism for the government, which has been firm in its support for TTIP and wants the European commission to conclude negotiations as swiftly as possible. āWhilst TTIP has the potential to deliver economic benefits to the United Kingdom, it is impossible at this stage to quantify those benefits in any meaningful way. Rather than continue to use the Ā£100bn figure, the government must come up with a comprehensive assessment which includes the estimated economic yield of a variety of levels of agreement.ā

The report added that MPs were ādeeply concernedā about the governmentās intention not to submit a formal response to the ECās consultation on ISDS provisions. āConcerns have been raised about ISDS provisions in TTIP. We are not convinced the case has been made for the inclusion of ISDS clauses and we urge the government to set out a clear statement guaranteeing the protection of public services at present ā and the right to expand them in the future ā is set out in any ISDS provisions,ā the report said.

BIS said the government wanted to put to bed the myths that surrounded TTIP. āNational governments set the rules about which companies can run NHS clinical services. These rules have never been, and will never be, set by trade deals such as TTIP. The European commission has repeatedly confirmed that this is the case.ā

Polly Jones, head of campaigns and policy at Global Justice Now, said: āThe BIS report shares the concerns of the general public on TTIP ā the secrecy, ISDS, the lack of evidence to substantiate the benefits, and the threat to public services. It demonstrates once more that the government is out of step in aggressively pushing this controversial trade deal.ā