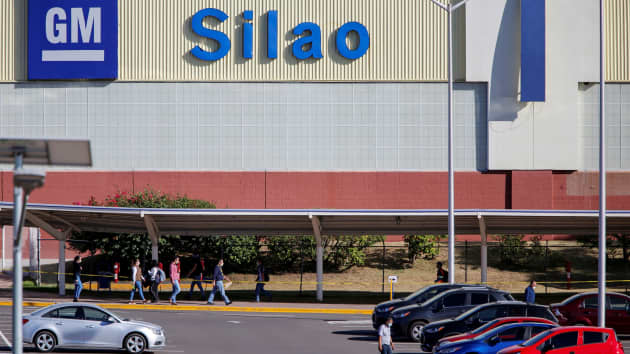 The United Auto Workers (UAW) in the USA union have pressed General Motors and Mexican officials to step up efforts to ensure auto workers at a pick-up truck plant in central Mexico can vote freely next month to choose a new union.

The election will allow some 7,000 workers at the plant in the city of Silao to choose among four new unions in line with a Mexican labour reform aimed at ensuring freedom of association, a key tenet of a new trade deal with the United States and Canada.

A vote in 2021 on the collective contract was initially marred by irregularities including destroyed ballots, prompting the U.S. government to demand ramped-up scrutiny in a formal complaint under the United States-Mexico-Canada Trade Agreement (USMCA)

Workers eventually voted to dissolve the contract, opening the door to elect a new union.

UAW President Ray Curry, who represent GM workers in the USA said labour inspectors should be immediately sent to Silao to ensure the plant is “free from coercion and intimidation” ahead of the vote on February 1st and 2nd.

For decades, workers at companies across Mexico have faced intimidation and rigged ballots to stop Mexican workers for forming an independent union often in the face of company backed â€˜yellow unionsâ€™ negotiating poor contacts for the benefit of management.

“We are concerned by the lack of protection for workers’ rights inside the GM plant,” the AFL-CIO said this week.

US officials closed the GM complaint about last year’s vote, in September but the US Department of Labour and the office of the US Trade Representative are still tracking the issue, noted a report this week from a US government labor committee.