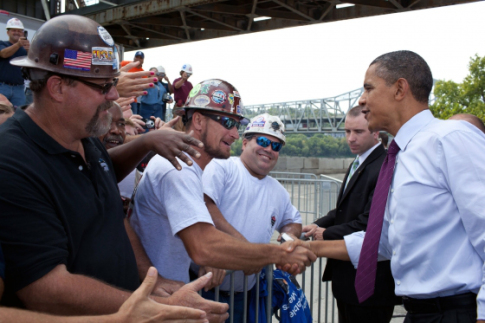 President Obamaâ€™sÂ changes to rules aimed at speeding up the process by which US workers can win union recognition in the workplace came into effect in April after Republicans failed to block the proposals.

Under the new National Labor Relations Board rules, (NLRB is the organisation which oversees ballots on union recognition) employees can organise a union in less than two weeks, compared to the previous average of at least 38 days between the time a petition is filed to seek union recognition and a ballot vote of workers is held.

Republicans and business groups say it will not give companies enough time to prepare for union elections and accuseÂ the Obama administration of promoting â€śambush union organizingâ€ť.

The new NLRB rule was put into place to address the fact that anti-union companies and union busters use the period to delay a ballot for union recognition and mount campaigns which usually carry the threat of job loss or loss of contracts and sackings in order to discourage workers for voting to form a union at their workplace.

President Obamaâ€™s new rule is seen by US unions as a step towards unions finally being able to fight for union rights at the workplace.