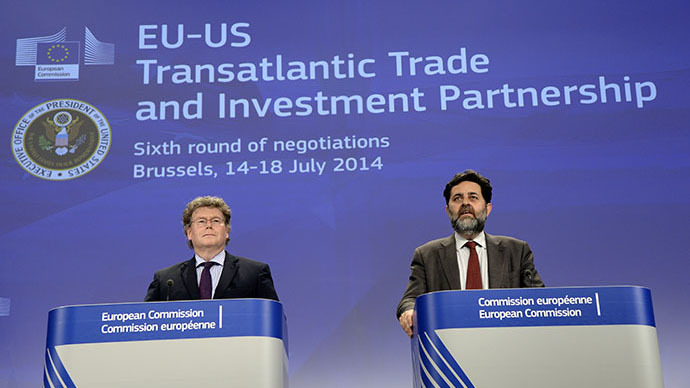 ¬ÝThe TUC and a number of affiliated unions had initially played a waiting game, initially putting down markers on employment rights; a ring fence around the NHS and public utilities and initially winning some consultation on the ISDS, (Investor-State Dispute Settlement).

The latter involves ‚Äòclosed door tribunals‚Äô where foreign investors have the right to initiate ‚Äòdispute settlement proceedings‚Äô against a foreign government (who is signatory to the agreement) where they believe their interests are harmed. They would be able to challenge legitimate government actions and legislation or where they reflect public concerns including public ownership of services and utilities, health and environmental protection, employment and human rights.

However, as the talks continued throughout the summer it became clear that the promised consultation on ISDS was window dressing; that predictions of new jobs being created were not tangible and figures fluctuated widely and that extended employment rights to seats on European Works Councils and EU styled rights to Information and Consultation for US workers was not going to be on the table, UK unions ¬Ýmoved swiftly towards outright opposition.

Initially there were positive noises on substantial job creation in the EU notably in manufacturing.

However, US unions pointed to the effect of the NAFTA Agreement (North American Free Trade Agreement) signed by Bill Clinton in 1994 which had promised new jobs to US workers, but saw upwards of a million manufacturing jobs flood out of the USA.

The eventual composite motion on TTIP¬Ýcomprised of several resolutions from unions, all of who spoke in the debate expressed fears about TTIP and CETA ‚Äì and other trade agreements. 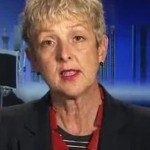 The TUC debate was lead by Unite‚Äôs Gail Cartmail who dismantled the Government‚Äôs arguments in favour of TTIP. She told the Congress: ‚ÄúIt is clear this government thought they could do this deal in secret, a deal that would mean the irreversible sell off of our NHS to America‚Äù.

In the jargon this ‚Äúirreversible sell off‚Äù is known as a ratchet mechanism. A ratchet is a mechanical device that allows continuous linear or rotary motion in only one direction while preventing motion in the opposite direction. Imagine that ‚Äì no way back‚Äù.

Citing energy sell off she said: ‚ÄúRemember what we were told at the time? It would be cheaper ‚Äì competition would be good for us. Yet this week we see energy bosses making record profits while millions of UK citizens are living in fuel poverty. But when Cameron called the six energy companies to his office about energy bills they told him to go away ‚Äì you don‚Äôt own us was their message. This is what it will be like for health but worse, as it will be irreversible. In the hands of profiteers and we would have no say‚Äù.

¬ÝShe told delegates that Unite was not opposed to trade: ‚ÄúUnite is among other things a manufacturing union our members jobs rely on trade. But we want trade based on decent work, collective bargaining and freedom of association‚Äù.

¬ÝOn the situation of better employment rights for US workers she said: ‚ÄúIn the USA TTIP will not tackle anti-trade union ‚Äúright to work‚Äù states ‚Äì at best it will make no difference. At worst, decent work will be traded for cheaper unprotected labour”.

¬ÝOn the UK‚Äôs negotiating position she told Congress that the UK chief negotiator Lord Livingston has had to make three public statements in a matter of weeks. ‚ÄúHe has spluttered and spluttered to say health is protected ‚Äì inferring it was outside of TTIP. Even some MEPS were fooled. Put on the spot at a press conference he finally admitted that health is indeed in TTIP”.

She called on David Cameron to use his veto as the French government had done on audio-visual services. ‚ÄúHe is obviously more than happy to open everything up to private companies for a quick buck. TTIP – it offers nothing.‚Äù

The pressure will now surely be on the Labour Party, whose conference begins in ten days time, to take a firm stand against TTIP and CETA, especially as the threat to the NHS, public services and jobs becomes clear.

1 Response to TUC Votes For ‘Outright Opposition To TTIP’