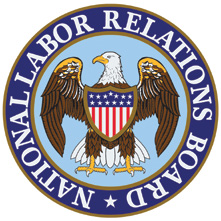 Sent in by Carolyn Jones

Between 2017 and 2018, workers in two hotels in Stamford, Connecticut voted to join UNITE HERE Local 217. Though they won both elections by a landslide – the Hilton vote count was 110 to 5 while the Sheraton was 69 to 32 – the elections were highly contested by the employers.¬Ý

The bosses did everything they could in the month-long election process to dissuade workers from voting yes, from threats and intimidation to bribes, lies, and promises. Each day was another opportunity for management and their ‚Äúunion avoidance consultants‚Äù to harass and hoodwink workers; each week was another long slog that exhausted and demoralized the workers, making it more likely that the boss would win.

The foul play of the employers happens not just in Connecticut hotels, but everywhere NLRB elections take place.

The defeat of the UAW at a Volkswagen plant in Chattanooga earlier this year demonstrates the lengths bosses will go to instigate fear: from insinuations of a plant closure, to the state‚Äôs governor speaking at a mandatory meeting, to a barrage of anti-union billboards, TV and radio ads. This is the state of the current NLRB, and why most unions avoid elections. And thanks to President Trump and the new Board this situation is only going to get worse.

On December 13th, 2019 the Trump NLRB¬Ý–¬Ýcurrently four unelected lawyers and an empty seat¬Ý–¬Ýchanged the rules of the union election process without notice or comment from the public.

Starting in six months, when workers petition for an election, they must wait at least 14 business days until a pre-election hearing. Unelected NLRB Regional Directors can then postpone the hearings with ‚Äúgood cause.‚Äù After two weeks or more of waiting for a hearing, the bargaining unit scope and eligibility of each person in the workplace must be litigated and fully resolved. The bosses can also hold up litigation through various legal manoeuvres and extend the process further. If workers persevere through the legal red tape, an election date would finally be scheduled 20 business days after the resolution of the hearing.