Trade deal is a licence for multinationals to make money 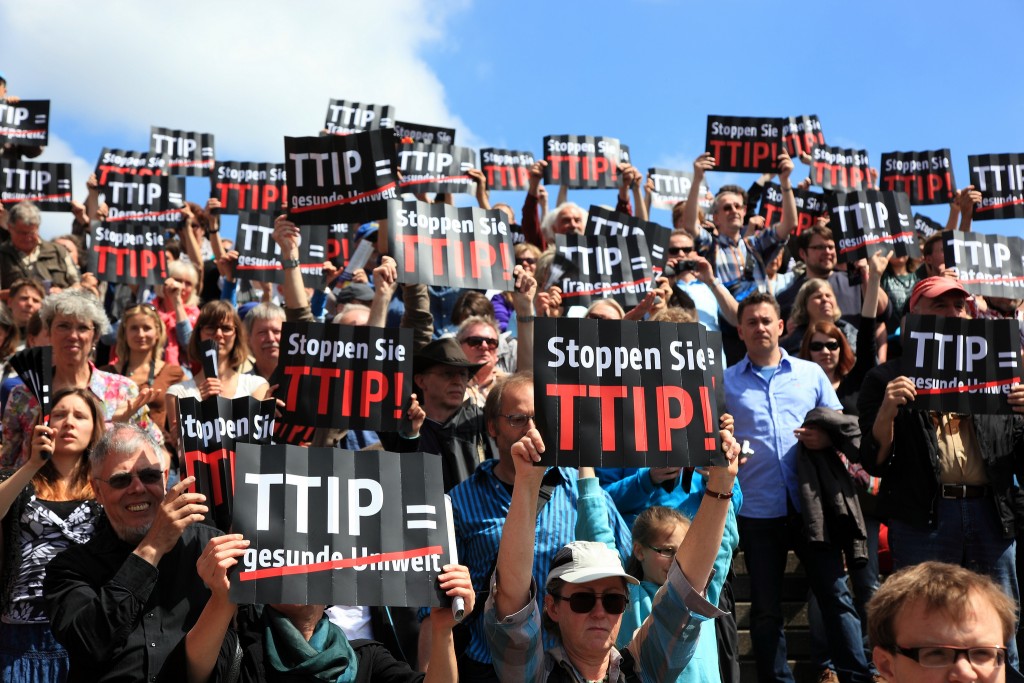 A small victory for democracy was recorded at the European Parliament recently when it was announced that a long-awaited debate about the Transatlantic Trade and Investment Partnership (TTIP) was to be postponed.

TTIP is the trade deal being negotiated between the EU and the USA. Its text is secret, known only by the negotiators (including representatives of multinational corporations). Drafts are withheld from MEPs and members of all the European national parliaments (as well as US congressmen and senators). Almost two million Europeans have petitioned against it.

The agreement has been hugely controversial, partly because of the rights it is likely to give to US multinationals to â€śinvestâ€ť in the EU, including access to markets and insulation from regulation by national parliaments. An affront to democracy, the treaty is a licence for big corporations to make money and defeat the democratic process.

But it is also an affront to the rule of law. Multinationals (and no one else) are expected to be given the power to sue the national governments which have subjected the corporations in question to unwanted regulation. This will be done, not in the ordinary courts, but by (another) secret process called the Investor-to-State Dispute Settlement procedure (ISDS).

Many free trade agreements now contain ISDS procedures of this kind, which are widely used. US-based tobacco giants are seeking compensation for the Australian Parliamentâ€™s decision to require plain paper packaging for cigarettes, while Canada is being sued by another corporation for the loss of gas exploration permits as a result of a moratorium on fracking

But TTIP is not only an affront to democracy and the rule of law. It is also a serious threat to workersâ€™ rights. A major problem with free-trade agreements is the regulatory imbalance between trading partners. So it is necessary to level the playing field to ensure that one side does not have an unfair advantage, as where one party is free to compete on poor working conditions.

The problem with TTIP, however, is that it makes only very weak commitments on workersâ€™ rights, these commitments failing to give rise to any binding obligation on the part of governments or corporations. US corporations will thus be able to compete in this free trade area on the basis of much lower labour standards than those operating in most of Europe.

As a result, TTIP will create unsustainable pressures on EU social rights, the pressure to create a level playing field leading inevitably to a dilution of European standards rather than a rise in American standards. At a sensitive time for the EU, the implications of any such erosion are obvious, and will stretch well beyond debates about TTIP.

The postponement of Wednesdayâ€™s debate is a sign that those responsible for this wholly illegitimate agreement are on the run, fearful that TTIP will be ripped apart in a public forum. If the European Commission is to prevail, it looks like it will first have to rediscover core values the EU appears to have lost: democracy, the rule of law and workersâ€™ rights.