TPP Negotiators: Go Back And Fight For Working People In USA 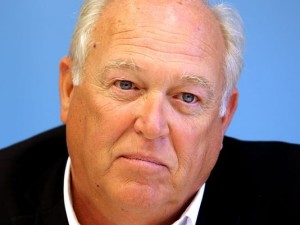 By Dennis Williams, President of the United Autoworkers Union, USA

TPP is a sweeping agreement that touches nearly every aspect of your daily lives. It impacts the food you eat, the air you breathe, the medicines you take, and the cars you drive. It will impact demand for the world class farming equipment tens of thousands of UAW members build. If factories close, revenue shortfalls and budget cuts will ensue and UAW members whose jobs serve the public would suffer. The over one hundred thousand UAW members who work for auto suppliers might be faced with a flood of subsidized imports. In fact, auto suppliers produce hundreds of billions of goods and support more than three and a half million U.S. jobs directly and indirectly.

Fair rules are needed for all countries to truly compete. Countries from around the world sell cars in America without unfair trade barriers. Yet, while domestic auto companies sell less than half of all vehicles in the U.S, the same cannot be said for many countries in the TPP. Some Asian-pacific countries have closed auto markets importing less than 7% while undervaluing their currency, making their exports cheaper. Time and time again companies who game the system shift more and more work to low wage countries. Non- TPP countries like China, Philippines or Thailand must not unjustly receive benefits under this agreement.

We as a country have an opportunity to craft an agreement that is good for American families and creates economic stability. Tell our TPP negotiators: go back to the table and fight for working men and women in this country.