TPP In Trouble Over Auto Parts 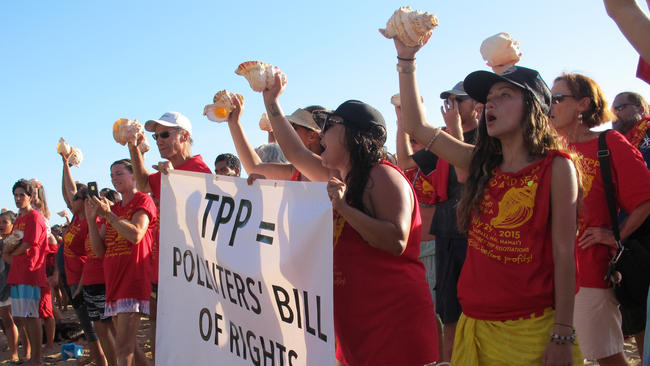 A fight over between the U.S.A. and Japanese auto sectors¬Ýagreement has emerged threatening the U.S. – Pacific Rim Free Trade Agreement known as TPP.

The fight emerged in mid July over which cars should be¬Ýeligible for ‘duty free trade’.¬ÝJapanese car¬Ýmakers rely on components produced in other countries, such as China and Thailand, both outside of the proposed TPP deal. Japan does not¬Ýwant an¬Ýagreement which disrupts their¬Ýsupply chain.

The Mexican auto industry is leading a campaign to ensure cars freely traded within the TPP have at least half their components originating in the 12 country bloc. U.S. unions backed by some suppliers are worried about more jobs moving¬Ýoverseas, also favour tighter rules in the TPP.

U.S. officials, who have been negotiating with Japan for more than a year on autos and other issues but¬Ýthe¬Ýstakes are highest for Mexico, which uses existing free-trade agreements to attract investment and boost production.

Mr. Albin and other industry officials are pushing for at least a 50% content rule for auto parts under the TPP. With some 700,000 employees and export sales of $60 billion‚Äîmostly to the U.S. and Canada‚Äîthe auto-parts industry serves as a linchpin of Mexican manufacturing.

U.S. and Japanese officials say the rules are complicated and that percentages in Nafta don‚Äôt translate easily into the so-called rules of origin under negotiation in the TPP.

For Mexico, loose rules of origin in the TPP could undermine its efforts to push into the luxury car market.¬Ý‚ÄúWe could see very cheap Toyotas or Lexuses arriving in the U.S. with lots of Chinese parts”, said Sean McAlinden, chief economist at the Center for Automotive Research in Ann Arbor, Michigan.

Lax rules of origin would also undermine the Obama administration‚Äôs argument that the TPP would establish rules of the road that put pressure on China‚Äôs dominance of the region. ‚ÄúIf the aim is to build a trade bloc to counter the Chinese, how do you open up this trade bloc to massive imports from the Chinese?‚Äù Mr. McAlinden said.