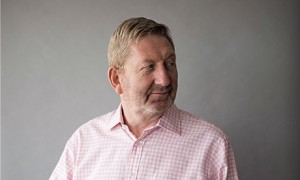 Len McCluskey, Unite general secretary said: â€śIt is utter hypocrisy for the government to talk about mandates for trade unions when not a single member of the present cabinet would have been elected using the same criteria.

â€śThis government has no mandate to attack trade unions or the workers who have been forced to take industrial action today in their fight to end poverty pay.â€ť

The study shows that the cabinet member with the lowest percentage of the vote was David Jones, the Welsh Secretary who secured the support of just 27 percent of the electorate in his seat of Clwyd West in 2010. Not far behind comes the recently appointed Secretary of State for Culture Sajid Javid who came to office with the support of only 30.8 percent of the electorate in his constituency of Bromsgrove in 2010.

The member of the cabinet who comes closest to winning a 50 percent mandate is Home Secretary Theresa May in her constituency of Maidenhead, although even she falls short of by 7 percent.

Those MPs who have been most vocal in their attacks on workers taking action today, achieved the most risible results.

Len McCluskey, Unite general secretary said: â€śBritainâ€™s anti-trade union laws are already amongst the most restrictive in Europe. Tory attempts to further curtail the rights of working people to democratically organise risks placing Cameronâ€™s Britain alongside nations like Kazakhstan, Albania and Niger where the right for public servants to take action is forbidden.â€ť