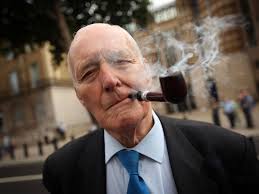 As you all will know by now Tony Benn ex MP and champion of the working people died this morning (March 14th) aged 88.

This was a a double blow to the Campaign For Trade Union Freedom following the death earlier this week of our President Bob Crow.

Tony Benn was a long time supporter of the our fore runner organisations, The Campaign To Repeal the Anti – Union Laws and the Liasion Committee For The Defence Of Trade Unions.

We were formed as the Campaign For Trade Union Freedom, Tony kindly accepted an invitation from the steering committee to become a vice president of the Campaign.

Described now as a “national treasure”Â Tony Benn was a champion of working people and he campaigned for trade union rights and trade union freedoms.

We will all miss his support and solidarity, his wit and his wisdom, his great speeches and great humour. He was a great man.