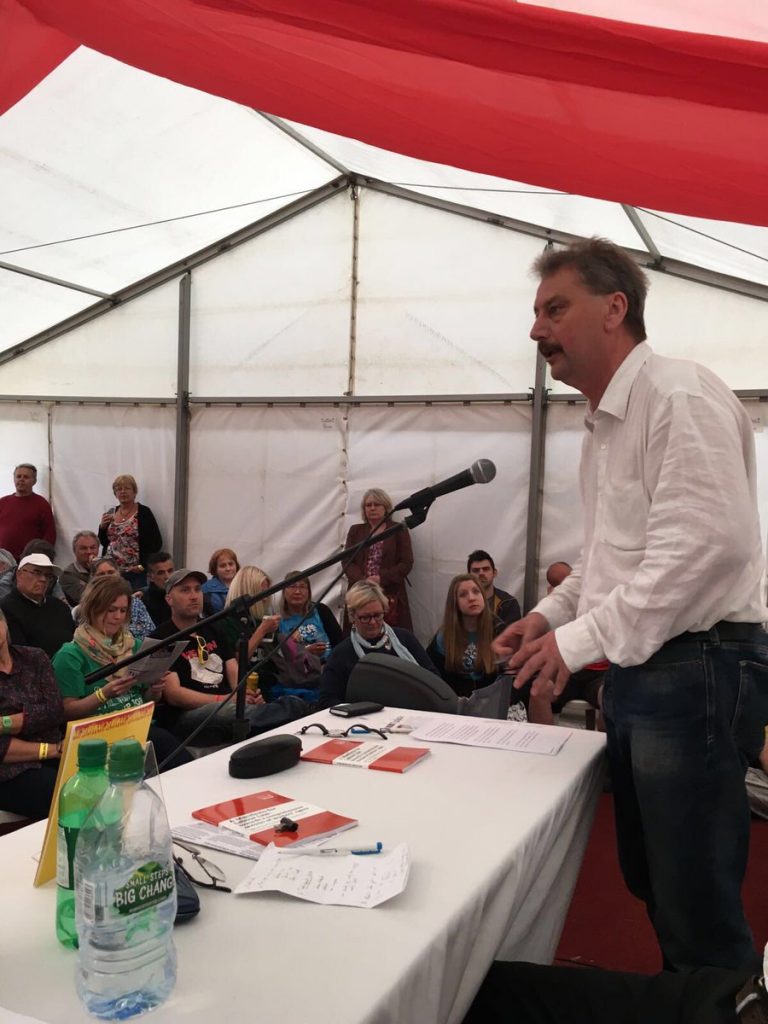 Adrian Weir speaking at the CTUF- IER Rally at Tolpuddle

The annual Tolpuddle Martyrs Festival kicked off in a militant mood with a packed rally on trade union rights jointly organised by the Campaign for Trade Union Freedom and the Institute of Employment Rights.

First to speak was CTUF Assistant Secretary, Adrian Weir, who argued that Brexit would make no real difference to the impact of TTIP because the trade treaty between the EU and US was just one part of a global network of deregulatory free trade treaties.

Adrian argued that if TTIP becomes void for Britain, international capital had an almost finalised treaty with Canada, CETA, and a proposed plurinational treaty on services, TiSA, to use with its push for the deregulation of labour rights, health and safety and environmental standards and the irreversible privatisation of public services.

Prison officersâ€™ union general secretary, Steve Gillan, strongly made the point that there were precious few trade union rights in Britain and even fewer for his members in the prison service.

Steve said he felt sure that a future Labour Government led by Jeremy Corbyn would restore union rights to prison staff and reverse the privatisation of prisons.

Next up was Unison South West regional secretary, Joanne Kaye, who spoke passionately about rights for women workers. Joanne also painted a vivid picture of how low paid workers were being priced out of justice and could no longer use Employment Tribunals because of the fees introduced by the Tories when in a coalition government with the Liberal Democrats.

Professor Keith Ewing, president of both CTUF and the IER, introduced the Instituteâ€™s newly published ‘Manifesto For Labour Law: towards a comprehensive revision of workersâ€™ rights’. Professor Ewing argued that three essential reforms were needed in Britain: firstly, the reestablishment of a Ministry of Labour and secondly, the introduction of sectoral collective bargaining to ensure that all workers and not just employees were covered by collective agreements.

The third and most important point, was the establishment of an unequivocal right to strike.

PCS union leader, Mark Serwotka, closed the rally with wide ranging and well received speech taking in attacks on worker and union rights in the Civil Service to support for Jeremy Corbyn as Labour Leader.

Mark said that he had personally re-joined Labour after many years absence and he encouraged all Festival goers to join if they were not already members.

The rally was sponsored by Unite South West and chaired by Regional Secretary, Peter Hughes. The meeting started with a message of support from the Morning Star brought from London to Tolpuddle by Tolpuddle Time Trail cyclist, Les Doherty. 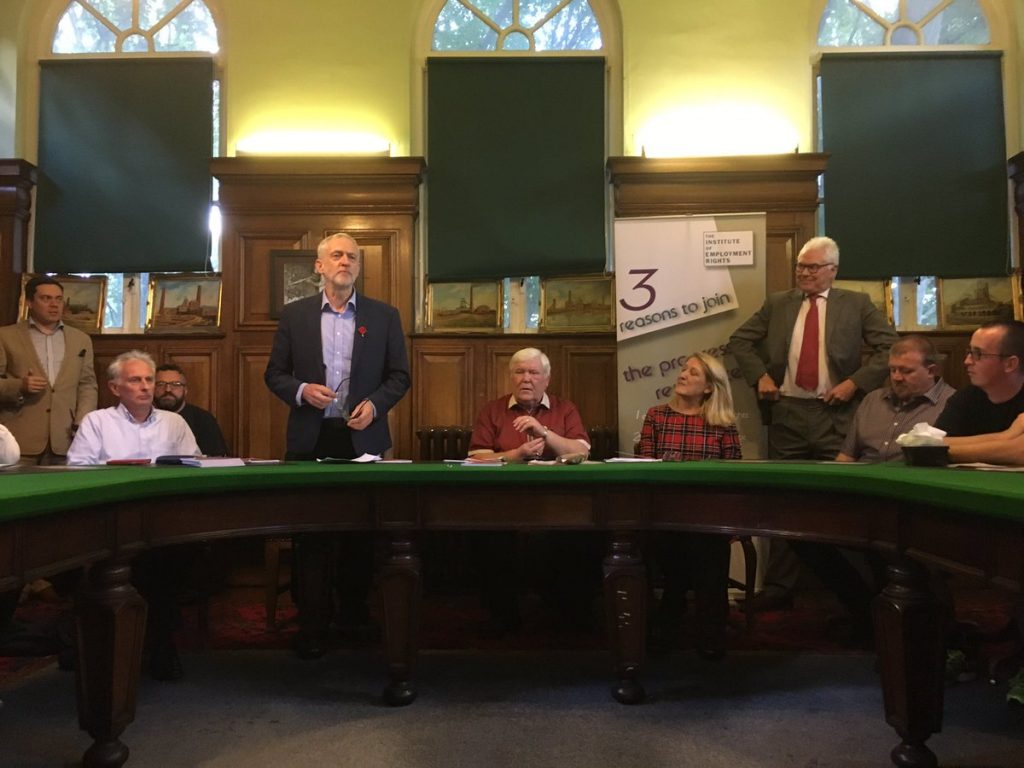 The Eve of Gala Rally at the Durham Miners held by CTUF and IER on July 8th proved to be another important date in the trade union calender attracting a packed meeting to hear Jeremy Corbyn speak along with John Hendy QC, Professor Keith Ewing, Carolyn Jones of the IER and the late Davey Hopper of the Durham Miners.