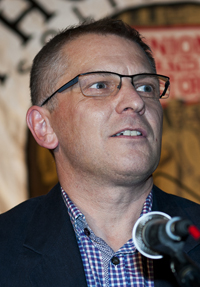 Employers are to be banned from preventing staff with zero-hours contracts seeking work elsewhere, under plans announced by Business Secretary, Vince Cable.

The legislation is said to give greater flexibility to workers who are currently tied to a single employer, but Mr Cable has resisted calls for a blanket ban on zero-hours contracts altogether.

A zero-hours contract currently means that employees are contracted to one single employer with no guarantee of regular work or pay.

Workers are bound by an exclusivity clause to that company, meaning they cannot look for work elsewhere, and are subject to financial insecurity and instability in their home life.

Chief executive of Thompsons Solicitors, Stephen Cavalier, said: ŌĆ£Banning exclusivity clauses, which trap employees into working for one employer, is no more than a sticking plaster on a gaping wound. The truth is that this is a distraction and the announcement does not, by any means, go far enough.

ŌĆ£Allowing workers to work for multiple employers is a meaningless ŌĆśconcessionŌĆÖ. It does nothing about job insecurity. Workers will still have no idea how many hours they will be working from one week to the next, let alone how much money they will be earning.

ŌĆ£It is societyŌĆÖs most vulnerable who are typically forced to accept zero-hours contracts and we should be offering them the greatest protection, not opening them up to be being ripped off by more unscrupulous employers.

ŌĆ£Even this government knows zero-hours contracts are a blight on the Labour Market, but it is too much in the pocket of big business to tackle the problem.ŌĆØ