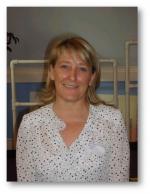 Carolyn Jones, Director of the Institute Of Employment Rights and Assistant Secretary of CTUF.

On Sunday night I sat down to watch the new¬ÝChannel 4 drama, The Mill¬Ý‚Äì an historic depiction of real working life in the Northern cotton mills of 1833. It was a shocking insight into our recent history and a timely reminder of why workplace regulations were originally introduced.

What kind of society allows young people to be employed as ‚Äúapprentices‚Äù working long days for no pay? Who, if not the state, is going to set and monitor standards of health and safety to ensure workers return home at night with the same number of limbs as they left with in the morning?

Fast forward to Monday morning and what do we find? The¬Ýbreaking news¬Ýthat workers who are abused at work, discriminated against by their boss or simply sacked for saying the wrong thing, will now have to fork out up to ¬£2,800 to pursue their claim for justice.

That attack on the millions of working people who will now find themselves priced out of the legal system is bad enough. But the backdrop to this modern day drama, paints an even more depressing picture. Ever since Cameron invited¬ÝAdrian ‚ÄúWonga‚Äù Beecroft¬Ýto review the UK‚Äôs employment laws, workers‚Äô rights have been falling like tenpins.

Using a narrative that says regulations hurt business and rights cost jobs, Cameron has imposed the biggest changes in employment law since the right to claim unfair dismissal was introduced more than 40 years ago.

Whether it‚Äôs on¬Ýhealth and safety, unfair dismissal, redundancy, maternity or equality issues, this government has ignored all the evidence and sidestepped opposition to force through changes that not only turn back the clock but threaten to destabilise the very bases of our industrial relations settlement.

And there‚Äôs more to come. In the drip-drip fashion reminiscent of Thatcher‚Äôs rolling programme of anti trade union laws,¬ÝCameron has three more horrors¬Ýwaiting to take centre stage between now and April 2014.

First, a law allowing employers to hold ‚Äúprotected conversations‚Äù with workers will prevent Tribunals assessing the true facts behind a dismissal ‚Äì a modern day bullies charter. Second, employers will soon be able to ‚Äúask‚Äù new workers to sell their rights to unfair dismissal, redundancy and training in return for a handful of shares. Third, the¬Ý114 year old law that holds employers liable¬Ýfor breaches of health and safety procedures will be reversed. In future, the burden of proof will be on the handless Tommys of the workplace to prove that the employer was to blame for the loss of their limb.

While watching The Mill on Sunday I joined the twittersphere, commenting that the programme might give the nasty Tories some new policy ideas. In reality, our workplace rights are already travelling back in time faster than Dr Who‚Äôs Tardis.

And once you‚Äôve dismantled the system that protects workers against abuse and holds bosses accountable for bad practices, what‚Äôs to prevent the downward spiral into yet more abuse and even higher forms of exploitation? Don‚Äôt be fooled by weasel words. Bad practice trickles down far faster than wealth!

Witness the growth in free interns, ‚Äúwork experience‚Äù schemes and zero-hour contracts. And what is blacklisting if not a cabal of modern day industrialists and their overlookers punishing those, like Esther Price in The Mill, for daring to speak up in defence of the workers.

Today‚Äôs world of work may not look as bad as that depicted in the satanic Mills. Nor should it. We live in the 21st Century. We live in the 5th richest nation in the world. We are entitled to expect more for ourselves, for our work colleagues and for our children.

Our predecessors fought for the right to vote, the right to demonstrate and the right to join a trade union. It‚Äôs our duty now to use those rights effectively to ensure that the modern day Mill owners ‚Äì those arrogant posh boys currently setting the political and industrial agenda ‚Äì are stopped before too much more damage can be inflicted on the workers‚Äô of the world.