There Can Be No Compromise On Secret Courts In Trade Deals 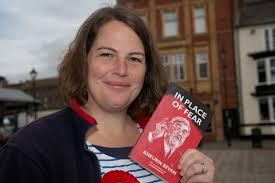 The first year of my term as Member of the European Parliament has been dominated by an issue that can be summed up by four letters. TTIP, or the Transatlantic Trade and Investment Partnership is a huge trade deal that is currently being negotiated between the European Union and the United States, which if passed would represent nearly a quarter of all global trade. It is the issue on which I have received tens of thousands of emails from constituents, the vast majority expressing deep concern that such a trade deal would hinder our efforts to protect standards, worker rights, public services and the environment.

AsĀ Labour PartyĀ spokesperson on TTIP and member of the Parliamentary Committee on International Trade I have made it a priority to take these concerns to Brussels and have gained widespread backing from Members of the European Parliament (MEPs). Thanks to our hard work the vision of a trade deal with the US that the Parliament will present to the European Commission will sound outĀ the voice of European citizens, including from the North East of England, loud and clear.

However a last minute compromise has been agreed between senior MEPs from the left and right of the Parliament on the single most contentious issue in this debate – Investor-State Dispute Settlement (ISDS) – and it is one that I am not prepared to support.

āto ensure that foreign investors are treated in a non-discriminatory fashion while benefitting from no greater rights than domestic investors, andĀ to replace the ISDS-system with a new systemĀ for resolving disputes between investors and states which is subject to democratic principles and scrutiny where potential cases are treated in a transparent manner by publicly appointed, independent professional judgesĀ in public hearings and which includes an appellate mechanism, where consistency of judicial decisions is ensured, the jurisdiction of courts of the EU and of the Member States is respected and where private interests cannot undermine public policy objectives;ā

In this article I will attempt to explain the current state of play in Brussels and why when it comes to ISDS I am not prepared to back down.

As the European Commission continues to negotiate with the Obama administration on the preliminary details of a TTIP agreement, the European Parliament has decided to adopt an official position on the matter, outlining what MEPs are prepared to accept – and what we would reject – in a trade deal. Though MEPs have no role in the negotiations, nor the power to stop them from happening, the threat of a veto once the final text of TTIP is presented to the Parliament has the potential to influence considerably the direction negotiations take. In order to prevent the collapse of an agreement at the final hurdle the Commission is compelled to listen to what the Parliament has to say.

This time last month the resolution was due to be put to vote and the European Labour Party was clear on the message we wanted to send to the Commission.

Labour MEPs had established a set ofĀ clear demandsĀ from which we were not prepared to back down. We would not accept a TTIP that threatened health and safety standards, environmental and animal protections or worker and consumer rights. We would not accept a TTIP that included within its scope any of our cherished public services – including the NHS, water, social services, social security and education – and that compromised the right of national and local authorities to re-nationalise any public services currently under private control.

This was not just about sending aĀ message: when it works in our best interests, trade can boost local economies, support small and medium sized enterprises and provide much needed jobs and training opportunities. And because of its scale, TTIP could present a unique opportunity to regulate globalisation and to promote the high standards and core values on which the European Union (EU) prides itself.

Labour had made huge gains in pushing through amendments to Parliament’s draft resolution at the committee stage and it looked like we were in with a good chance of gaining a majority behind them at the final vote.

However one issue has dwarfed the debate entirely: Investor-State Dispute Settlement (ISDS) is the single most controversial issue regarding TTIP and has received sharp vitriol from campaigners, journalists and politicians from across the EU. It’s not hard to see why: included in the vast majority of bilateral trade agreements agreed between states, ISDS is a para-judicial system of private arbitration, free from public scrutiny, which allows companies to sue governments for implementing policies that threaten their profits.

I have campaigned against ISDS for the past decade and have made clear that as far as I am concerned its exclusion from TTIP is non-negotiable. It is my firm belief that we will get no closer to achieving our alternative vision of trade unless this system of arbitration is removed entirely from the picture: supported by my Labour colleagues, I tabled amendments to the draft resolution to this effect wasĀ working hardĀ to build cross-party support behind such demands. Faced with a Parliamentary majority of conservative and liberal MEPs – most of whom are pro-ISDS – an abstentionist far-right and Members of the far-left and greens who would vote against any resolution on TTIP irrespective of its contents, the challenge was a huge one.

The decision to postpone last month’s vote in Parliament to next Wednesday (8 July)did not alter Labour’s position, nor did it dampen our determination to present a resolution to the Commission that reflects the hopes and the fears of European citizens.

However the announcement today that a compromise on ISDS has been reached between the socialists and the conservatives presents a new, bigger hurdle – one that we might not be able to overcome. This compromise calls for the replacement of ISDS “with a new system for resolving disputes between investors and states which is subject to democratic principles and scrutiny where potential cases are treated in a transparent manner by publicly appointed, independent professional judges in public hearings…where private interests cannot undermine public policy objectives”.

This is not good enough. In a trade deal between two regions with legal systems as advanced as in the EU and US, a separate system of arbitration – whether public or private – is rendered obsolete: ISDS-lite is still ISDS.

I and my Labour colleagues will continue to push for our original amendments in advance of next week’s vote, though it looks like the compromise will gain a large majority in the Parliament. If passed, we will have no choice but vote against the Parliament’s resolution: this is the will of our constituents, and to do otherwise would be a betrayal of those that elected us. To say that this is a blow is to underestimate my disappointment; however I will continue to fight to get my voice and the voices of the thousands of European citizens that oppose ISDS in TTIP heard. The battle is not over.

This blog first appeared on the Huffington Post blogsite.