The trade union movement responds to the City Link scandal 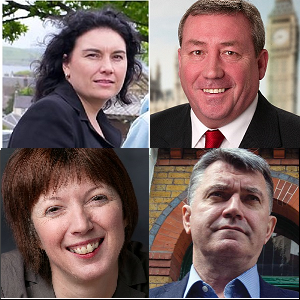 With the news that City Link have announced further redundancies read responses from four key figures from the trade union movement.

“I wrote to Vince Cable on Sunday 28 December asking that he meet the administrators and trad eunion to establish what could be done to secure the future of City Link and its employees, but also seeking clarification as to when the government were contacted by the company or the administrators and who knew what when.

“City Link workers and the families want questions answered and those responsible held to account. I will be asking the Businessô Parliamentary Select Committee to launch a full investigation into the City Link scandal.”

You can read more about Katy’s call for an inquiry on her website by clicking here.

ãMany readers will doubtless share my anger at the reprehensible way that management of courier firm City Link have acted in putting the company into administration at Christmas with thousands of workers now made redundant.ô  I have received a number of emails from constituents concerned that workers who did long hours of overtime in the run up to the Christmas period to fulfil deliveries and who were told they would be paid in January for this overtime have been exploited by bosses who would have been aware of the firmãs inability to continue operating and that they taxpayer is having to foot the bill for redundancy payments.ô  My concern is City Link situations will continue, politicians will offer all the empathy and warm words but no solutions.ô  Until or unless workers in this country are treated with respect nothing will change.

ãThe time for change is now, it is time for effective legislation that protects workers and their families from corporate decisions taken in isolation and with no regard for those directly affected.ô  Labourãs Chuka Umunna says there has to be a better way of dealing with situations like City Link.

ãLast year I wrote a report for the Centre for Labour and Social Studies on the issue of worker representation on company boards and a better deal for workers.ô  If my proposals including those for proper worker consultation instead of the current sham consultation process are delivered it would be a start.ô  All that is required is the political will and I am pushing for Labour to adopt these measures.ã

You can read Jimãs report in full on our website by clicking here.

ãThe fast track sackings at City Link are a prime example of the unacceptable face of casualised Britain, with workers denied even basic rights to proper consultation.

“But there is nothing inevitable about this company going bust. Too many employers are using insolvency to take the money and run, leaving the taxpayer to foot the redundancy bill.

“The government must get a grip and reverse the changes in the law they introduced to make sacking workers in Britain so cheap and easy. Vince Cable should urgently meet with the union and administrators to explore alternatives before it’s too late.ã

ãToday the remaining City Link staff who escaped the sack on New Yearãs Eve will be told that they are out of a job as well, as the tide of human misery unleashed by the collapse of the company over Christmas continues to swell.

ãWith the administrators now conducting a fire sale of the City Link assets, it is simply outrageous that the capitalists from Better Capital, who drove the company over the cliff, have ring-fenced their investment as secured loans and will get first call on any cash raised ã while our members will be forced to wait months and can only expect a pittance.ã