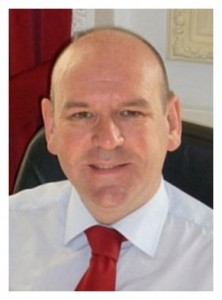 I know it shouldnāt come as a surprise but I was genuinely shocked by some of the speeches made at the Conservative Party conference in Manchester this week. The Home Secretaryās promise to close our borders to refugees fleeing for their lives sent a chill through my blood. Theresa May is an observant Anglican. Perhaps she should consider the words of the Pope who recently told the US Congress that immigration enriches and renews society.

Similarly the breathtaking arrogance of multi-millionaire Health Secretary Jeremy Hunt telling people on low incomes they will have to work harder so the government can cut tax credits. The government should ensure that companies pay their employees a decent wage in the first place. If they did that there would be no need for tax credits.

This week in Manchester has demonstrated that we can be in no doubt as to the reality of the modern Conservative Party. This is a party with a total lack of compassion and human decency. Our country grapples with once-in-a-generation challenges and decisions such as our relationship with the European Union, the refugee crisis and building a sustainable economy for now and the future. Ā What does the government do? It brings in a Bill which attacks the right to strike. Itās akin to Nero fiddling as Rome burns.

It is clear that this governmentās policies are based on ideology not evidence. This year sees the end of large scale deep coal mining in the UK after centuries of production. The governmentās refusal to support the industry can only be seen as unfinished business from the Thatcher era. The Trade Union Bill is the biggest threat to trade unions and our workplace democracy for decades. We can only conclude that this, too, is unfinished business.

I fully concur with the assessment of Professor Keith Ewing and John Hendy QC who have said that the Billās purpose is āto crush the remaining powers of the unions to protect the interests of working class people.ā They added that it would āfacilitate yet further transfers of wealth and income from working class people to the very rich.ā

British trade unions already operate in one of the most heavily regulated frameworks in the western world with hugely onerous requirements in terms of administration, legalities and finance. If enacted, the Trade Union Bill will add significant new burdens to this such as new requirements on member participation and voting thresholds in industrial action ballots and Orwellian new regulations on picketing. The new powers for the Certification Officer will now grant it extensive new leverage to investigate the internal affairs of unions and instigate action against them.

Industrial attacks are one thing but the Billās assault on the political freedom of unions are another and amount to nothing less than an attack on democracy. In particular the Bill will introduce an opt-in to political funds which will reduce the income of unions for political activities and in turn cut the support affiliated unions are able to give the Labour Party. Despite the ASLEF v UK case in 2007 where the European Court of Human Rights found that unions were not āpolitically neutralā and that we are āideological, with strongly held views on social and political issuesā this Bill threatens to totally undermine trade union political engagement.

Parliament returns from the Conference season next week and the Bill will now face detailed scrutiny during its Committee stage. I applaud the clear and direct stance Labour and its frontbench have tak en against it. We remain steadfast in our opposition to the Bill but recognise the concessions and amendments are an inevitable part of the tactics to be adopted within the parliamentary process particularly given the Tory majority.

We can be under no illusions that this Bill will become an Act of Parliament in one form or another. We will deal with the issues in the relevant arenas when the time comes. I canāt help feeling the government is cutting its proverbial nose off to spite its proverbial face. A well balanced society and economy needs strong trade unions as a force which can reduce inequality. Even the IMF concedes that collective bargaining is economically important in terms of increasing wages and the positive knock on effects which derive from that. With the trade union Bill the Tories are putting dogma before the good of the country. aĀ  a