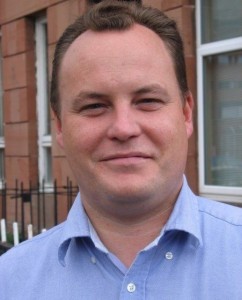 In my last ‘Voices of Scotland’ column I described my first 10 weeks in Westminster as bizarre, surreal and Orwellian.

The months since have shown this to be an understatement. Apart from one or two Right Honourable exceptions, the behaviours and attitudes on show from Tory members have been beyond parody.

Especially the behaviour of the newly elected blue rosette brigade, eager to earn brownie points and set their expensively shod feet on the first rings of the government ladder, proving themselves worthy of junior bag-carrier posts.

This consists of not listening to any opposition arguments or exercising independent judgement, but reading out blatant propaganda lines from the whips‚Äô crib sheets.

As I sat in a statutory instrument committee ‚Äî the procedural vehicle for governments to sneak in their most damaging legislation and thus avoid public scrutiny ‚Äî I watched the Tories blithely nod through the proposal to halve the work allowance (the level of earnings allowed before universal credit deductions are made from benefits).

In essence this means a lone parent currently earning ¬£9,500 before universal credit deductions will see them kick in on earnings above ¬£5,000.

Or put another way a lone parent on the current minimum wage working 22 hours before a reduction in universal credit will now see the reduction after working just 12 hours.

This can only discourage work. The reality for low-wage households is that workers will reduce their working hours, not increase them.

Days later the Tories froze housing benefit for four years. This measure can only be described as thinly veiled social cleansing and will make ghettoes of parts of the country.

The Tories‚Äô refusal to answer basic questions to justify such moves shows an arrogance and contempt not just for Parliament but for everyone who cares about what sort of society we live in.

Their calculation is based on the belief that punishing the poor and vulnerable is a vote-winner in prosperous neighbourhoods.

As for the so-called U-turn on tax credits, the two-child policy remains and has been transferred to universal credit. The shocking policy of forcing women to state that they have been raped to justify tax credits for a third child has not been reversed.

Perhaps the biggest irony within the social security system is that the lowest paid workers in the Civil Service are in the Department for Work and Pensions.

I secured an adjournment debate to highlight the fact that a staggering 40 per cent of DWP staff are on staff credits.

My main focus in Parliament, apart from social security and international issues, has been the Trade Union Bill.

The House of Lords will debate the Bill on January 11. The irony of appealing to their lordships is not lost on me, but there are many aspects of the Bill that deserve to be examined again, and to be fair there is no shortage of trade union expertise in the Other Place!

Morning Star readers can be assured that there was joint working and regular dialogue with Labour colleagues, and I have no doubts at all that we as a joint opposition have won every single argument.

Readers should note that the British government witnesses used in defence of the Bill included the Tory Taliban (aka the self-appointed Taxpayers‚Äô Alliance), who were confused about the concept of a democratic mandate.

In their alternative universe politicians don‚Äôt represent taxpayers so a line of questioning involving the cost to the taxpayer of the Freedom of Information requests they use to generate their propaganda was not received kindly (or answered).

The government also called on ‚Äúevidence‚Äù from an organisation called Health 2020.

This purports to be a UK-wide body dealing with patient care issues in the health service, but was forced to admit that it has only ever held one meeting and proved blissfully unaware that a trade union involved in industrial action is already legally obliged to provide ‚Äúlife and limb cover.‚Äù

Their representative, a former Conservative Party candidate, also struggled to understand the concept of facility time.

The poor quality of witnesses to support the Bill was matched by the wilful ignorance of government members who seemed quite content to sit on a Bill committee without bothering to do any background research to make up for their lack of knowledge of the workplace.

This included being unaware that a trade union would place an insertion with an industrial ballot paper. Nor did they want to understand that trade union members and their families are ‚Äúmembers of the public‚Äù and ‚Äúhard-working taxpayers.‚Äù

It is this language of division, the concept of a ‚Äúthem‚Äù who need to be dealt with to protect ‚Äúus,‚Äù that is an all-encompassing feature of this majority Tory administration and used to justify this unwanted, unnecessary piece of legislation.

At this point I wish to place on record my appreciation of the work carried out by my colleague Dr Lisa Cameron MP who assisted greatly with developing the SNP position during the parliamentary process.

We had to develop an approach that highlighted that the real purpose was to undermine any organised opposition to the austerity agenda as well as further undermining the rights of working people to secure decent pay and working conditions.

The real myth surrounding balloting and thresholds is the notion that after a result is announced, irrespective of the numbers involved or margin of support declared, trade union activists gain Jedi-like powers exercised with a wave of the hand to force members to go on strike ‚Äî ‚Äúthis is the strike you‚Äôre looking for.‚Äù

Any trade union activist could tell them that‚Äôs nonsense, which is why strikes don‚Äôt take place unless the action enjoys massive support.

The stark reality is that the Tories are denying trade unions the options of electronic and workplace balloting. Stating that those methods are unsafe and insecure meets the dictionary definition of hypocrisy from a political party that just chose its London mayoral candidate online.

It‚Äôs important to emphasise that the Scottish National Party opposed the Bill‚Äôs proposals on political funds.

We were very clear that political funding arrangements are for trade union members to determine.

Members do in my experience question funding arrangements and should have the right to determine whether these should go towards one or more political parties.

The intentions of the Bill are not just party-political but are an attempt to cut the vital funds that unions provide to other organisations and support campaigning capability across society.

When this is added to the recent cuts to Short money, which gives opposition parties the research capacity to hold the government to account, Tory intentions are clear.

The Bill means government interference in basic industrial relations, which is why we argued it should require the consent of all public bodies in the UK before it is enacted.

It is particularly disappointing that the presiding officer in the Scottish Parliament has turned down an attempt to debate a legislative consent motion to block the Bill.

In my view this decision was fundamentally wrong.

During the Bill‚Äôs committee deliberations the British government argued that consent was not necessary while simultaneously acknowledging that a British government minister will have the power to dictate the facility time arrangements in devolved administrations , a clear signal that the Bill encroaches on the executive decision-making of ministers in devolved areas.

The decision to remove the facility of collecting trade union subscriptions through payroll deductions (check-off) adds weight to the view that the Bill encroaches in the capacity of devolved administrations to conduct relations with trade unions and their own workforce.

We sought to change Tory proposals on picketing, as the current ones seek to allow pickets fewer rights than someone suspected of criminal activity, and challenged the provisions for agency workers to be brought in to break strikes.

Despite defeat at this stage, the trade union resistance to the Bill remains strong and it has some way to go. Even once it becomes law the costs and impracticality of the legislation will be made evident.

Emerging forces will influence decision-making in 2016, for example the Better than Zero campaign involving the STUC youth committee standing up against the exploitation of young workers, companies which are involved in blacklisting being excluded from public procurement in Scotland and the next stage of the Pitchford inquiry.

That means in 2016 the demands of working people will be high on the political agenda.

People are increasingly aware that the ladder of social mobility is being systematically pulled up ahead of them and that no matter how hard they work or how much they aspire for a better life for their children they will be punished for not being born into the ‚Äúright‚Äù sort of family.