The Guardian has reported that next week Shadow Home Secretary Andy Burnham MP will unveil new papers which suggest that Ted Heath’s Government in the early 1970s encourgaed the broadcasting of a documentary programme which was aimed at influencing the outcome of the trial of the ‚ÄòShrewsbury 24‚Äô construction workers who faced prison sentences for their activities in a construction workers national pay dispute.

The documents implicate former prime minister Edward Heath in a concerted attempt to influence the jury in one of the most controversial prosecutions of trade unionists in British history.

The dossier suggests that some of the most senior members of Heath‚Äôs 1972 Conservative cabinet and members of the security services commissioned and promoted an ITV documentary entitled ‘Red Under The Bed’ that was screened on the day the jury went out to consider the case against the Shrewsbury 24.

One of files shows that Heath, on seeing a transcript of the film ahead of the trade unionists‚Äô conviction, informed the cabinet secretary: ‚ÄúWe want as much as possible of this.‚Äù

The construction workers strike lasted for 12 weeks in 1972 and won workers a pay rise. But¬Ý picketing tactics enraged the construction industry and the government and six men ‚Äì including Ricky Tomlinson, who later found fame as an actor were sent to prison. Tomlinson served 16 months of a two-year sentence. Another striker, Des Warren, was jailed for two years and eight months and died in 2004 from Parkinson‚Äôs disease possibly linked to his time in prison, in particular to the use of a ‘liquid cosh’ ‚Äì a cocktail of tranquillisers ‚Äì that was administered to inmates at the time.

In the Commons debate on Wednesday the shadow home secretary, Andy Burnham is expected to unveil the new papers and suggest that the government‚Äôs clear purpose was to influence the jurors.

In the programme, narrated by the former right wing politician Woodrow Wyatt, two of the defendants are shown taking part in protest marches. The images are interspersed with footage of violence and damage on building sites alleged to have been caused by the pickets.

The defence applied to the judge for the television company to be held in contempt, but when the judge viewed the film he dismissed the application. The hour-long film was followed by a 30-minute studio discussion (not broadcast in every ITV region), but it was transmitted by ATV, the region that covered Shrewsbury. A file on the programme, held by the National Archives, has not been made public, but it was ‚Äúretained‚Äù by the Cabinet Office in the interests of national security under Section 3(4) of the Public Records Act 1958. 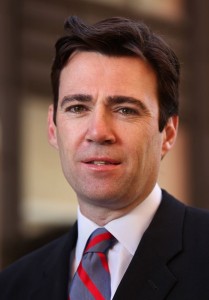 During a backbench debate in 2014, MPs were unanimous in supporting the release of all documents relating to the jailing of the trade unionists. However, in October this year the minister responsible for the Cabinet Office, Oliver Letwin, announced that the documents would not be released and that the decision would not be reviewed until 2021.

Burnham said: ‚ÄúI am going to present a new dossier of evidence to parliament which suggests that a conspiracy against these trade unionists went right to the top of the Heath government. It suggests, as many have long believed, that the convictions are unsafe.

‚ÄúThe modern-day relevance is that we have a bill going through parliament at the moment that requires the police to monitor trade union members‚Äô activity on social media.‚Äù

The Criminal Cases Review Commission, an independent body, is examining the case.