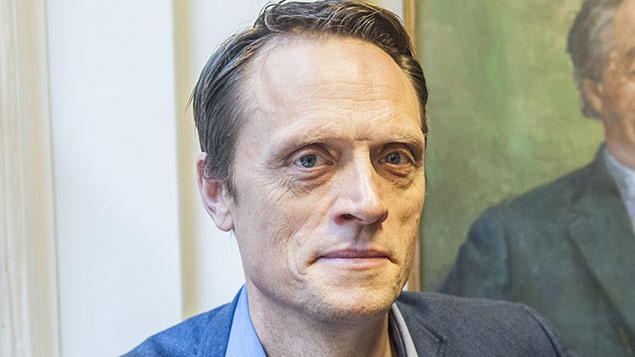 The Government review which is looking at ‚Äúif employment regulation and practices are keeping pace with the changing world of work‚Äù lead by Matthew Taylor, Tony Blair‚Äôs former head of policy could propose that employers pay a ‚Äòpremium wage‚Äô on zero-hours contracts‚Äô to discourage ‚Äòlazy employers‚Äô from excessive use of zero hours, according to an interview with Taylor in the Financial Times on April 14th.

‚ÄúThe problem in the labour market is not security of work, it‚Äôs security of income,‚Äù Taylor, said in the interview.

Taylor was appointed by Theresa May in October 2016 to lead an independent review into rise of self-employment; the ‚Äògig economy‚Äô and zero-hours contracts.

Taylor told the FT he wanted to “discourage employers from forcing workers to accept new burdens that were once shouldered by businesses – including companies having to pay a premium on the minimum wage for hours not guaranteed in advance. It would not apply to workers who choose their hours”.

Taylor said: ‚ÄúWe‚Äôve been hearing about people in the social care sector who are told ‚Äòbe ready to leave the house at 7am in the morning‚Äô, then a phone call comes to say – no we haven‚Äôt any work for you today”.

Taylor says he believes that if employers were made to pay a higher rate for every ‚Äúnon-guaranteed‚Äù hour the person had to work, they would be incentivised to guarantee more hours in advance.

‚ÄúI think we can encourage employers to be a bit less lazy about transferring risk, even if it means an employer offers 15 hours a week rather than one hour, at least that‚Äôs 15 hours that I can know I‚Äôm going to be able to pay my mortgage.‚Äù

But don‚Äôt hold your breath – he stressed the idea was only a possibility and was still ‚Äòup for debate‚Äô. The CBI said it was vital that the success of the minimum wage was not ‚Äúput at risk by complexity or the unintended consequences‚Äâ – of trying to re-shape employment contracts using a wage rate‚Äù.

Taylor and the three members of his panel are halfway through a series of regional visits across the UK, where they are meeting employers, unions, experts and workers in town-hall style events.

They will publish their recommendations in mid-June. The government will then respond.

The FT gives an account of one meeting in Cardiff : ‚ÄúOver the course of the next two hours, their debate gave a taste of the wide-ranging and complex issues on Mr Taylor’s plate: a supply teacher complained she was earning half what she should be; a Deliveroo employee said couriers did not want to lose their flexibility; a trade unionist had a spat with the leader of a recruitment trade body over a wrinkle in employment law relating to agency workers‚Äô pay, which is known as the ‚ÄúSwedish derogation‚Äù.

Taylor, the chief executive of the RSA ‚Äî the Royal Society for the encouragement of Arts, Manufactures and Commerce ‚Äî is described by the FT as a ‚Äúsavvy political operator who led the Number 10 policy unit for several years under Blair. He has seen independent reviews fail in the past, their policy recommendations left to languish on dusty shelves. As a result, he wants to build support for the Taylor Review before it is published. Next month, he will launch a national campaign to encourage people to discuss the notion ‚Äúgood work‚Äù and what it means to them. ‚ÄúIf people think good work is impossible, or they think it’s incompatible with business competitiveness, then we‚Äôre in trouble,‚Äù he said. ‚ÄúSo I want to have that conversation and win that argument.‚Äù