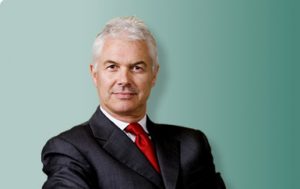 By John Hendy QC, Vice President of the Campaign For Trade Union Freedom

It might be hard to imagine that the tedious, barren worthlessness of Matthew Taylor‚Äôs Report on ‚ÄòGood Work‚Äô could be surpassed. But it has been. The Government‚Äôs Response to it (also called ‚ÄòGood Work‚Äô) is yet more tedious, barren and worthless. Both proceed on the basis that ‚Äòthe UK has one of the most successful labour markets in the world.‚Äô For that reason all that is needed is to note some troubling issues like low productivity, low pay and income insecurity and do nothing about them. All other issues, we are told, will be given further consideration and consultation. No real change is proposed to anything.

The government shares Taylor‚Äôs antipathy to unions. The government response is no more than a plea to their friends in business to be nicer to those whose work generates their wealth.

The real issues at work which need addressing and which neither the government or Taylor address are, from the workers‚Äô perspective: precariousness of earnings, of hours and of employment, low pay, unfulfilling work, total democratic exclusion from workplace decision making, and gross imbalance of power.

From the employers‚Äô perspective the real issues are: low productivity, lack of investment in R&D, competition on labour costs displacing competition on efficiency, and lack of consumer demand largely caused by low wages.

Modern research has shown that proper workers‚Äô rights and, above all, trade union representation through collective bargaining ameliorate all these ills.

What is therefore required for the benefit of Britain‚Äôs workers, businesses and all its people is a radical new architecture of the law at work in which a simple, broad and universal employment relationship definition will be key, and in which the involvement of workers through their trade unions will be crucial. Only the Labour Party‚Äôs manifesto For the Many Not The Few really aims what Britain‚Äôs 31 million workers and hundreds of thousands of employers really need.

But a brief word about some of the government‚Äôs response follows:

Definition of the employment relationship

There are three categories of working relationship in UK law: ‚Äòemployment‚Äô, ‚Äòlimb (b) worker‚Äô and ‚Äòself-employed‚Äô ‚Äì though the last two overlap. The Taylor Report wants to preserve these absurd and unjustifiable historic accretions to UK law (though re-branding the last two). The flawed government Response seeks to retain, without any rational justification, the illogicality of these three categories. It is clear to anyone with any familiarity with labour law that a single universal definition of ‚Äòworker‚Äô is required to cover all those who perform work for another (other than those in business on their own account servicing clients and customers); the whole suite of employment rights should flow from this relationship. A proposed new EU Directive on Transparent and Predictable Working Conditions in the European Union (21 December 2017) proposes just this but the government does not mention it.

The proposed Directive also requires far more extensive information to be provided to workers about their employment status than at present in the UK ‚Äì and far more than is proposed by Taylor or the government in its Response.

The government says all workers (including casual and zero-hours workers) are to be entitled to pay slips. This is a good thing, albeit peripheral. But it also shows that the government are determined to preserve zero-hours contracts where employers wish to minimise labour costs by imposing them on workers. This perpetuates ‚Äòflexibility‚Äô for the employer by imposing uncertainty and precariousness of income on workers.

All workers (including agency and zero-hours workers) are to be given the right to request a more stable contract thus ‚Äôproviding more financial security for those on flexible contracts.‚Äô And a task force is to be launched to promote awareness and take-up of the right to request flexible working. Quite how a right to make a request is likely to improve financial security is not explained. Surely, workers already have the right to make a request for ‚Äòa more stable contract‚Äô (or a pay rise or anything else)? If the employer is not obliged to accede to the request it is worthless. This proposal is no more than window dressing.

The Low Pay Commission is to be asked to consider higher minimum wage rates for workers on zero hours contracts. This completely misses the point. What is needed is a requirement that minimum hours are contractually stipulated and that a penal rate be required to be for hours beyond the minimum stipulated by the contract. This would go a long way to eliminate zero hours contracts.

Working time is to be defined ‚Äòfor flexible workers who find jobs through apps or on line so they know when they should be being paid.‚Äô Again the point is missed. What these workers want is a law requiring them to be paid when they are on line or their app is open. Mere knowledge that the employer will not pay them is unlikely to give them much satisfaction.

The government promises to ‚Äòcrack down‚Äô on sectors where unpaid interns are doing the job of a worker. This is a good thing but it is not clear what might be the mechanism of the crackdown.

It is known that about one third of tribunal awards are never paid by employers. The government response is to propose to name employers who fail to pay and allow workers to enforce claims using the claim form they used in the tribunal. This totally fails to address the problem that many workers who win an award which the employer does not pay cannot afford to enforce their rights in the County Court and simply give up. The government do not propose a mechanism by which such employers could be identified, let alone named. What is needed is plainly a Labour Inspectorate to enforce these and other rights on behalf of workers ‚Äì and failure to pay a tribunal award should be made a criminal offence.

The government propose to quadruple ‚Äòfines‚Äô for employers showing ‚Äòmalice, spite or gross oversight‚Äô. This completely misses the point. What is required is to remove the statutory caps on compensation so that tribunals are free to award the full measure of compensation to reflect the loss caused to the worker by the employer‚Äôs unlawful conduct. The present puny level of awards is caused by the statutory caps ‚Äì that is where the injustice lies. If compensation was awarded in the same way as damages in the courts, then it would be open to tribunals, subject to very well established criteria, to award aggravated and exemplary compensation for particularly bad conduct.

The proposal that increased penalties be imposed on employers who have previously lost similar cases would hardly be necessary if compensation was adequate. It is obvious that many hours and days of tribunal time will be devoted to arguing whether a previous case was or was not similar. Window dressing.

These are to have a ‚Äòclear break down of who pays them and any costs of charges deducted from their wages.‚Äô One might have thought that this would be covered by the proposal for pay slips for all but obviously not. It is welcome no doubt but it wholly misses the point that agency workers want rights against the end-user as well as the agency and, in particular, they want full equality of pay and conditions with those engaged by the end user on comparable work.

The government Response says at many points that workers‚Äô voices should be heard in relation to the decisions which affect them at work. But, unsurprisingly, both Taylor and the government refuse to concede any r√¥le to trade unions to represent them. Yet without a collective voice through trade unions collectively bargaining on their behalf, workers can never have even the semblance of democracy at work.

The government proposes to agree new ‚Äòsector deals‚Äô with industry, encouraging employers to show how they are investing in their workforces to improve productivity. What a missed opportunity! Why doesn‚Äôt the government take a leaf from Labour‚Äôs book and require employers to agree new sector deals with representative unions to improve, not only productivity, but pay and conditions too. Such sector deals could prevent the undercutting of good employers by bad employers. The Labour Party calls this Sectoral Collective Bargaining and has promised to roll it out after the next election.

The government Response, like the Taylor Report, simply refuses to address the real problems of workers (or even those of employers). Wedded to neo-liberalism and the idea that trade unions and collective bargaining should be eliminated from a free market in labour limited only by the lowest wage at which humans will work, the government propose only window dressing. Its Report and Taylor are best ignored. What we need is a crushing victory for Labour at the next election and a radical new architecture of labour law based on sectoral collective bargaining.