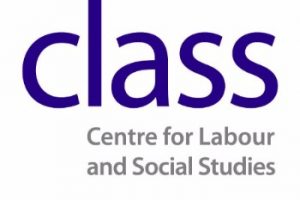 The Taylor Review into modern employment practices was roundly dismissed as a ‘missed opportunity’ by a panel put togther by CLASS – the Centre For Labour And Social Studies.

Trade unions across the UK as well as the TUC were highly critical of the report which failed to deal with issues such as protection for ‘gig workers’, banning zero hours contracts and protecting agency workers. Only a reference to changing the ‘Swedish Derogatation’ which is being misused by employers and employment agencies employers found some favour although it is not clear what will be propsed to put right the derogations misue.

A panel assembeled by CLASS gave the organisation their views on the Matthew Taylor’s review.

This report offers warm words for people on casual contracts, but it’s tinkering around the edges of the problem. Insecure workers don’t want sympathy, they need real change that gives them proper rights at work and ends exploitative contracts.

When it comes to flexibility, too often it is a one-way street. Employees need to have clear rights and a decent contract, not just the option to ask for them. For people who live in daily fear that their hours will be cut if they even speak out, such a right is quite meaningless and makes this review a massive missed opportunity.

┬ĀZero-hours and other exploitative contracts stop people from being able to plans their lives on a monthly, or even week-by-week basis. It is quite shocking in this day and age that we allow these kind of practices to proliferate, and for bosses to pretend that employer and employee benefit equally from flexibility.

Changes to the law to protect the rights of those who work for a living are essential. But the most crucial step in every sector of British industry is to reintroduce sectoral collective bargaining, that is the settlement of minimum terms and conditions of work for the entire industry by negotiation between unions on behalf of workers on the one hand and employersŌĆÖ associations on behalf of all the employers in the industry on the other. Those minimum terms and conditions can set the rules by which flexibility, security and a decent standard of life can be secured for all in the industry.

The agreed terms can then be enforced in respect of all workers and on all employers in the industry. Of course, the minimum standards can be improved by collective bargaining at enterprise level.

That sectoral collective bargaining is the future for a productive and efficient economy┬Ā was recognised in the publication last week of the OECDŌĆÖs Employment Outlook 2017. And the roll-out of sectoral collective bargaining is also a keystone of LabourŌĆÖs election Manifesto, For the Many not the Few. Sectoral collective bargaining has many benefits (to ensure democracy a the workplace, to deliver social justice and greater equality at work, to raise wages and hence increase demand in the economy, and because international law requires it). But it is particularly appropriate to deal with the growing problem of the gig economy, for example: delivery riders and drivers, care workers, and┬Ā hotel and catering workers.

When Theresa May launched the Taylor Review last year and promised the Conservatives would be┬Āthe party of worker rights I dared to hope that the government was learning the lessons of our Employment Tribunal victory over Uber. I thought she was taking heed of a rising threat of populism as more and more people gave up on a system seemingly rigged against them.

I didnŌĆÖt allow myself to get too optimistic but I was confident in the direction of travel.

All hope came crashing down around the ears of 40,000 Uber drivers today.

We emphatically won the right to be recognised as workers under the law entitling us to minimum wage and holiday pay for every hour of the 48 hour week and average Uber driver works. But if TaylorŌĆÖs recommendations are implemented we will now only be entitled to the minimum wage for ŌĆśpeakŌĆÖ hours. UberŌĆÖs business model relies on an already oversupplied market since it carries no employment cost so where will the peak hours come from? Uber will be allowed to cherry pick the few most lucrative hours in the week when we can make the minimum wage anyway to bestow us the right to earn it.

According to Uber, ŌĆśtop driversŌĆÖ gross ┬Ż18 per hour for 48 hours per week and when we deduct 25 commission that comes to ┬Ż648. Take away another ┬Ż400 per week typically to cover fuel, vehicle rental and commercial taxi insurance and a ŌĆśtop driverŌĆÖ earns ┬Ż5.17 per hour ŌĆō and thatŌĆÖs top drivers. With such high overheads its simply not possible to work the peak hours and go home. Drivers will be forced to work the off peak hours with no worker rights protections to keep chipping away at overhead.

Another big concern is that the minimum wage, when allowed, will be linked to piece rates or in our case jobs per hour. This means drivers will be on the treadmill rushing in traffic and weather to keep on target just so to remain qualified for basis worker rights protections. In an industry already very poorly regulated this is a public safety disaster waiting to happen.

And if there was an alternative to Uber and I chose to multi app with another platform then all bets are off and protections from anyone.

In retrospect, I suppose I should have seen this coming. Throughout the long consultation a false choice between rights and flexibility was presented. I have always rejected that and I still do. When you are at the bottom just looking on to the bare minimum of worker rights I could never accept that the government would present me with a choice between flexibility and fairness. I will continue to fight for both for the ranks of all of us in BritainŌĆÖs precariat.

When Matthew Taylor launched his review he rightly acknowledged that too many workers feel that they lack control in the workplace. Unfortunately, todayŌĆÖs report misses an opportunity to make some bold proposals to address that.

Taylor gives a nod to how trade unions have tackled abuses and worked with employers to deliver more successful and secure working environments. Trade unions and collective bargaining are an important part of addressing the imbalance of power that exists in work.┬Ā However, thereŌĆÖs nothing here to properly promote collective bargaining and the ability of workers to organise.

Taylor calls for ŌĆ£sectoral strategies engaging employers, employees and stakeholders to ensure that peopleŌĆ”are not stuck at the living wage minimum or facing insecurity.ŌĆØ Why not new sectoral bodies bringing together unions and employers to negotiate pay, conditions, progression and training? Modern Wages Councils anyone?

The proposals on ŌĆśdependent contractorŌĆÖ status risk making things worse. I am also concerned at talk of ŌĆśpiece ratesŌĆÖ which can be used to oppress workers.

Existing rights should be extended to all those in work, not only those who qualify for ŌĆśemployeeŌĆÖ status. This should include creating a legal presumption that everyone qualifies for the full set of employee rights, placing the onus on the employer to prove that this is not the case. TaylorŌĆÖs call for the burden of proof in ET cases be reversed onto the employer in part seems to recognise this.

Government must also make sure that those rights can be realised effectively. This includes abolishing Employment Tribunal fees and ensuring that enforcement agencies are given sufficient resources to deal with employment abuses.

There is no ban on zero hours contracts, yet there is no reason why the precedent set in New Zealand, where legislation has meant that large, multi-nationals, who also operate in Britain, have moved to fixed shifts and hours, cannot work here. Having a ŌĆśright to requestŌĆÖ guaranteed hours after a year will not deter bad employers.

On the positive side, the calls to scrap the so-called ŌĆśSwedish DerogationŌĆÖ and ensure equal pay for agency workers, stamp out unpaid internships, and provide sick leave for low-paid workers are welcome.

Taylor is right to highlight the importance of the quality of work and to call for all work to be ŌĆ£fair and decentŌĆØ. But thereŌĆÖs too little here to make sure that it is.