Support Unite Members In Dispute With The RSPCA 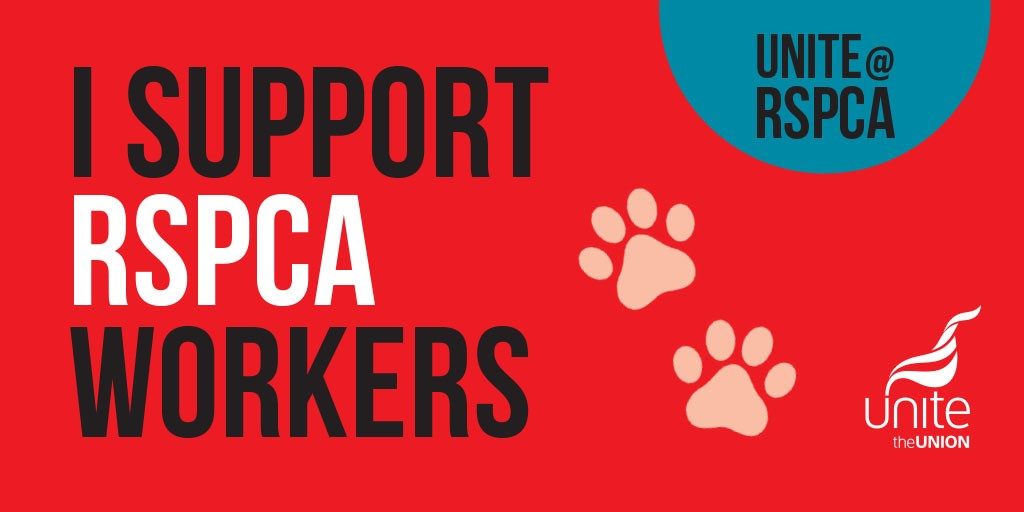 Unite the Union members at the RSPCA are currently being balloted to take strike action over new contracts being forced on them by RSPCA, who are proposing to end their hard working, skilled, caring and loyal staffās contractual right to sickness, holiday and maternity pay.

The CEO Chris Sherwood is refusing point blank to negotiate with our union.

On Monday he will be on BBC Radio 5 Liveās Emma Barnett show at 11am.

To support the workers at the RSPCA by tuningĀ in and join in the conversation. TEXT your questions to 85058.

You can also Tweet the following messages to @bbc5live

Ā Please paste into your tweets one of the images at the bottom of this blog.

@bbc5live @RSPCA_Official @RSPCAChris we stand with workers and are against the imposition of contractual changes without meaningful negotiation. #RespectRSPCAĀ #RSPCAStrikeballot @unitetheunion

@bbc5live @RSPCA_Official @RSPCAChris I am outraged to hear that hardworking and dedicated RSPCA workers are being forced to sign new contracts which remove sick pay, maternity pay and other contractual rights. #RespectRSPCA #RSPCAStrikeballot @unitetheunion 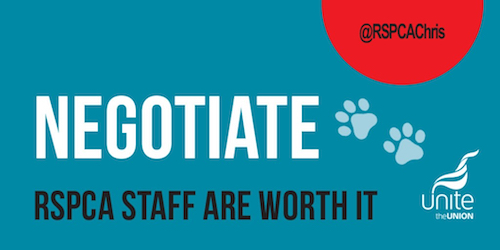 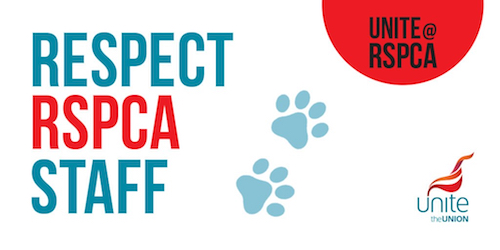 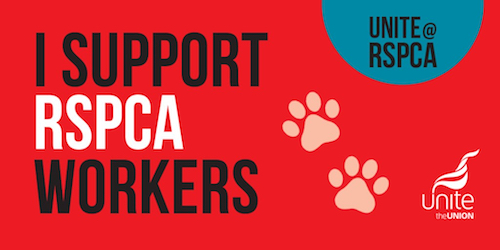