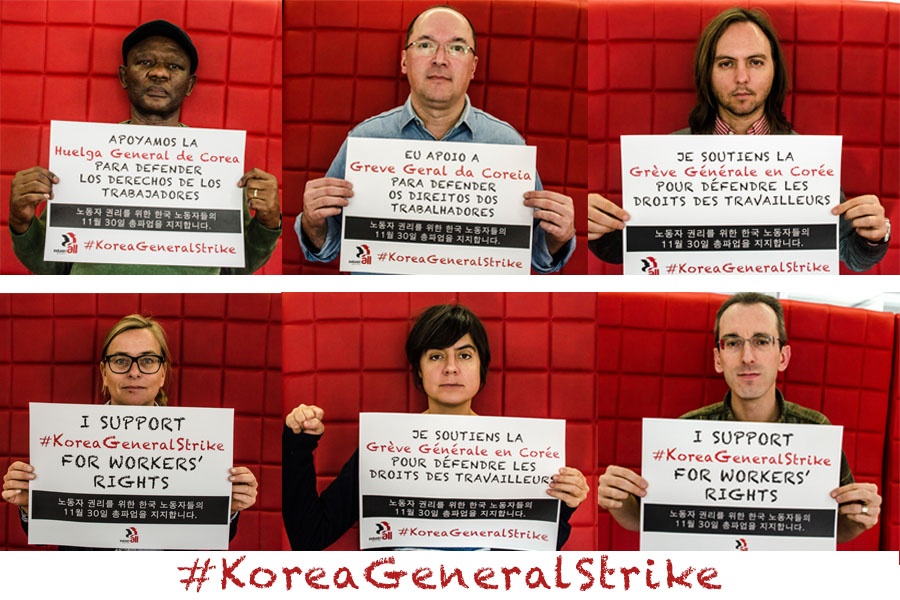 Struggling against the governmentās attacks on labour rights, unions in South Korean are holding a general strike for workersā rights on 30th November. Global Union IndustriALL is calling for global days of action to support the unionsā fight.Ā

Korean unions are struggling against a government crackdown on labour rights. The administration of South Korean President Park oversaw police raids of trade unionsā offices and the arrest of hundreds of peaceful trade unionists.

Park has attempted to make changes to Korean labour law that include permitting firing without due process, cutting wages for senior employees and allowing more outsourcing.

The Park government has been implicated in a scandal in which major Korean corporations paid bribes to foundations controlled by an ally of Park in exchange for support for anti-labour policies and other favors.

As part of an ongoing fight back that recently included one million Koreans marching through Seoul, Korean unions have called a general strike for 30th November.

Join in the global days of action to support the Korean unions between now and 30th November by:

IndustriALL Global Union general secretary Valter Sanches, who recently visited Korea on a solidarity mission, says: āI urge you to support this general strike by participating in the global days of action and show the Korean government the strength of global solidarityā.