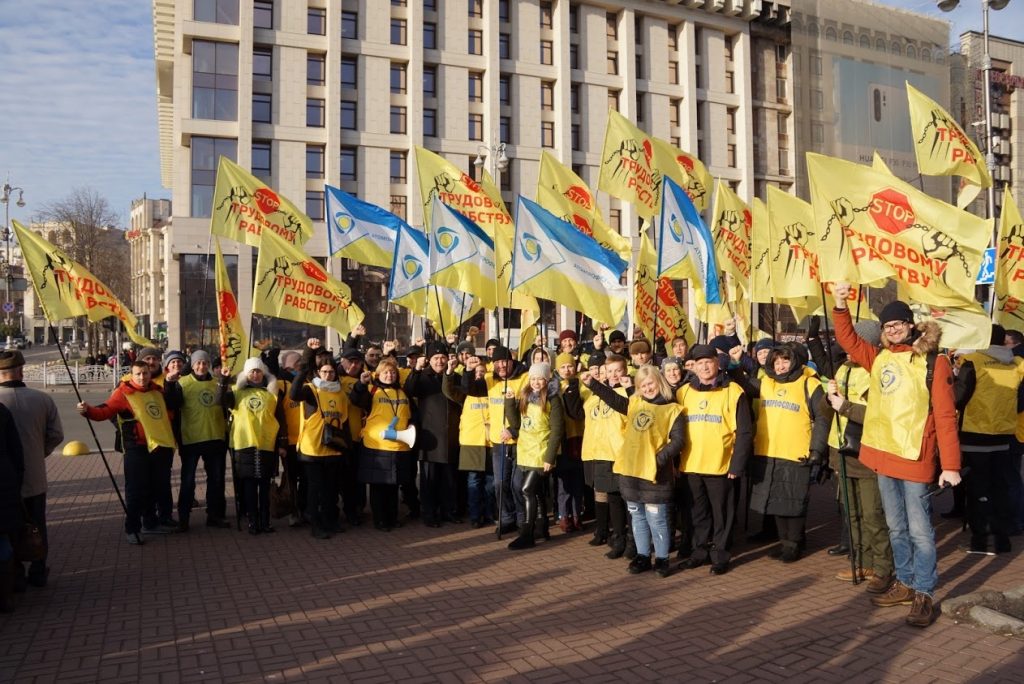 Ukrainian unions mobilised their members for a ãStop labour slaveryã protest action on 15th January in Kiev against the new draft law on labour introduced to parliament without prior consultation with unions.

Together with other drafts submitted in December last year, the latest draft,ô ã 2708, onlyô protects employersã interests and deprives workers of their rights and social guarantees. If adopted, the drafts would abolish union committees at company level, undermine union capacity to protect workers and would eventually lead to the elimination of trade unions in Ukraine.

Close toô thousand union members picketed the building of the parliamentary committee for social politics on the day of the review of the draft law on labour.

The draft contradicts national law, including the Constitution of Ukraine, and core international labour standards, including ILO Conventions 87, 131 and 98.

The recent draft consists of 99 articles and is meant to regulate all labour relations.

Both recent and the earlier drafts submitted to parliament in December 2019 are full of anti-worker legal provisions, including: the possibility to set a 12-hour working day instead of the current 8 hour limit; reduction of overtime payments, allowing the payment of 120 per cent instead of the current double time; additional opportunities for easier dismissals, including that of pregnant women and women on maternity leave at the employersã discretion; abolishment of additional leave for workers employed in hazardous industries, for parents with many children and mothers of disabled children; and the elimination of social guarantees for vulnerable categories of employees.

On 16th January, leaders and representatives from 60,000 local unions that represent 7,000,000 union members in Ukraine gathered in Kiev for an activity by the All-Ukrainian Trade Union Council for the protection of workersã constitutional, labour and socio-economic rights and unions.

Although invited, neither the president nor prime minister attended the event.

The Council adopted a resolution with the unionsã demands, including: