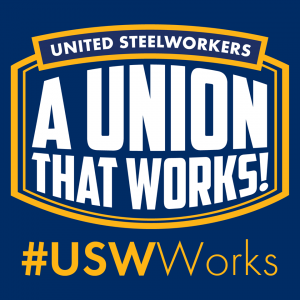 “The United Steelworkers condemns the recent anti-worker actions by the South Korean government both at home and abroad.

“In October, workers at theÂ Macon, Ga., factory of Kumho Tire â€“ a multinational company that is effectively owned and controlled by the South Korean government â€“ attempted to exercise their rights as American citizens to join a union, the USW.

“The company spent hundreds of thousands of dollars on union-busting consultants and committed multiple U.S. labor law violations, including a coordinated onslaught of threats of plant closure and job loss should the employees select union representation. Union supporterÂ Mario SmithÂ was unlawfully fired onÂ October 17, 2017, because of his union activity.

“The USW is alarmed that a company controlled by the Korean government has chosen to violate the rights of U.S. workers at the same time that government is renegotiating its trade agreement with the U.S.

“We are also alarmed by the Korean government’s detention and arrest of leaders of the Korean Confederation of Trade Unions (KCTU), which represents the workers of Kumho Tire in Korea.Â  KCTU PresidentÂ Han Sang-gyun is currently imprisoned for organizing peaceful demonstrations, and last week the union federation’s General SecretaryÂ Lee Young-joo was also arrested. These actions have been condemned by respected human rights organizations and by the global trade union movement.

“We urge the U.S. negotiators to deliver a strong message to the South Korean government that its union-busting actions in Korea and the U.S., in violation of international law and the KORUS agreement, are unacceptable and will not be tolerated.

“Suppression and abuse of workers’ rights under the KORUS agreement by Korean companies and their government has injured workers in both countries. The trade deficit continues to mount, which is lining the pockets of multinational companies while workers get shafted.Â  The Trump administration has proclaimed its intention to reform our nation’s trade policies to advance the interests of working people: Addressing Korea’s actions, and that of its leading companies, has to be at the top of the agenda.

“The implications of this matter are significant not only for the future of the KORUS agreement but also for the renegotiation of the North American Free Trade Agreement (NAFTA) that is underway. Workers here in the U.S. expect that their interests will be advanced, not undermined by turning a blind eye to abuses of workers’ rights. Organized labor is watching carefully what the administration does on these matters, the single most important trade issue.”