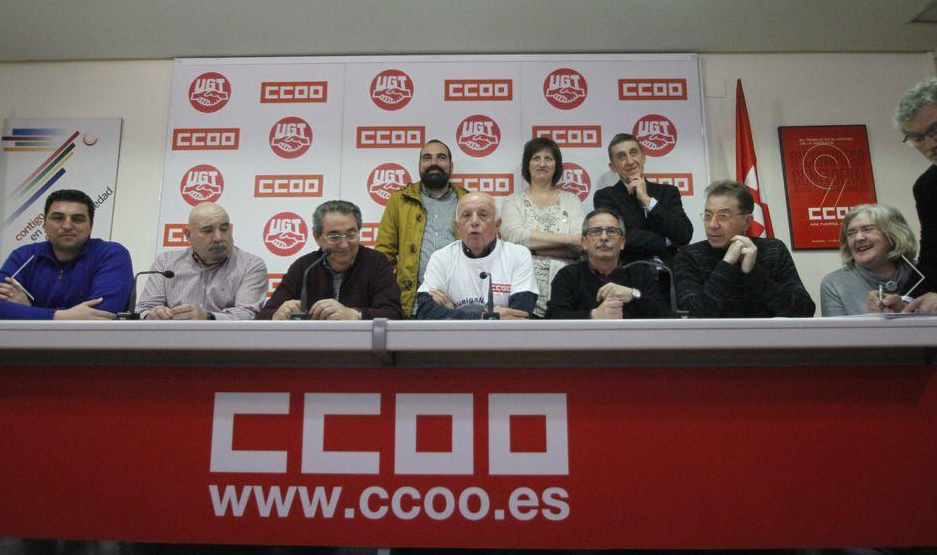 In a ruling on 16th February, a Spanish court acquitted eight Airbus aerospace workers facing prison terms of eight years and three months each for having participated in a peaceful strike in 2010.

The eight trade unionists, members of the CC.OO de Industria and MCA-UGT unions were charged after joining a hundreds of workers in a general strike in September 2010, against austerity measures and changes to the Spanish labour code including the so-called gagging laws.

The eight workers consistently denied the charges of ‚Äòacting with violence‚Äô and ‚Äòattacking the right to work‚Äô, and after the trial concluded on 12th February the Court acquitted them.

‚ÄúToday is a great day for democracy,‚Äù said Jos√© Alcazar, president of the Airbus works council and one of the trade unionists charged.

‚ÄúThis is important not only for the eight but for the whole labour movement in our country.‚Äù‚Ä®¬Ý‚Ä®

On 9th February, thousands of trade unionists marched on the streets of Madrid to¬Ýprotest against the trial.

Unite Assistant General Secretary Gail Cartmail who chaired a TUC briefing of UK trade unionists along with Spanish union representatives on the morning of the 12th February said:¬Ý‚ÄúThis is a major step forward for Spain‚Äôs unions defending their right to strike and a blow for the ‚Äògagging law‚Äô.‚Äù

Jyrki Raina, IndustriALL Global Union general secretary said: ‚ÄúThis is a victory for the Spanish unions and for the workers who were exercising their fundamental rights,‚Äù said ‚ÄúBut we continue to support our affiliates in their demands to drop charges in other similar cases and to repeal Article 315.3, which criminalizes the right to strike‚Äù