Silent On Results: Auto Firms Shift Away From TTIP Study They Financed 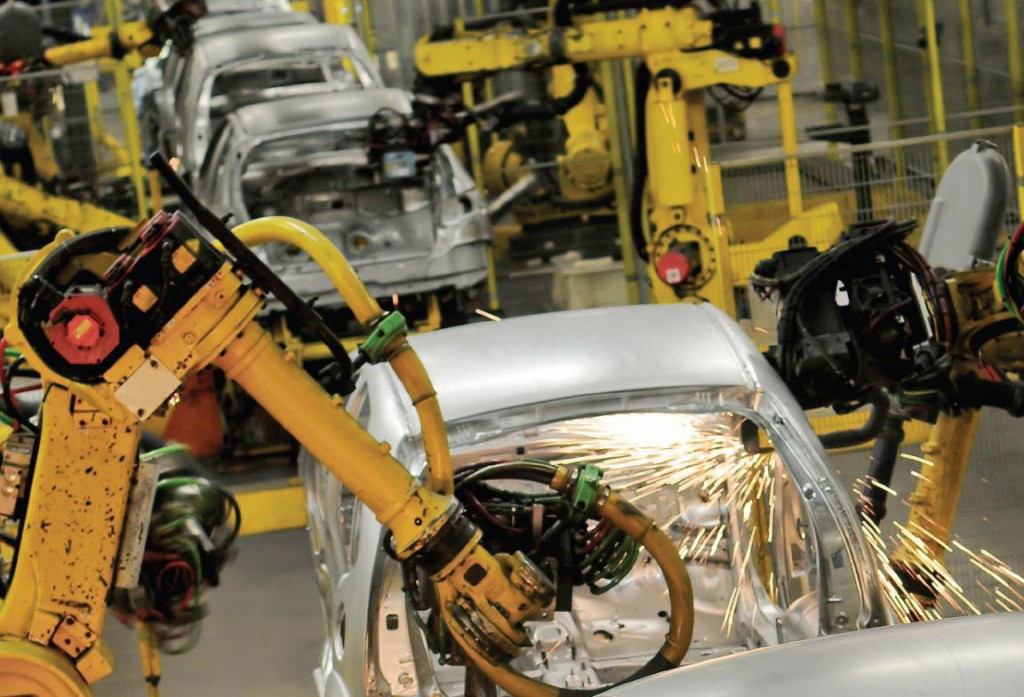 From Inside U.S. Trade. Sent in by Ben Davis of the USW.

Auto company lobbyists on either side of the Atlantic appear to have all but abandoned hope that a year-long, industry-financed study will provide sufficient evidence to sway regulators in support of their claim that U.S. and EU auto safety rules are effectively equivalent, and are now pinning their hopes on other research initiatives.

Even before releasing the results of the study, carried out jointly by the University of Michigan Transport Research Institute (UMTRI) and a number of European partner institutes, U.S. and EU industry officials are signaling privately the study’s outcome is much more complex than they anticipated and does not offer the clear-cut evidence they were hoping for.

One industry official this week contended that the results of study, which were presented to European Union negotiators during this week’s Transatlantic Trade and Investment Partnership (TTIP) round, had demonstrated the “severe data constraints” that exist and the need to do more work to try and compare safety outcomes.

Publicly, industry officials have put a much better face on the research, characterizing the data available to experts in both the U.S. and EU as “rich.”

Still, they have yet to announce the results to the public. A July 15 joint presentation by the American Automotive Policy Council (AAPC), Auto Alliance, and European Automobile Manufacturers’ Association at a TTIP stakeholder forum in Brussels was mum on the results of the study. Instead, they focused heavily on a new Peterson Institute study claiming that regulatory harmonization in the auto sector could boost trade in autos by 20 percent and yield $20 billion in annual income gains (Inside U.S. Trade, July 1).

Matt Blunt, president of AAPC, said in a July 16 interview withÂ Inside U.S. TradeÂ that UMTRI and its partners deserved credit for the “historic effort that was made to try and bridge the substantial differences between the U.S. and European data sets.” But he also signaled that the industry was now shifting its focus to new studies that are being financed directly by the European Commission.

“There’s a lot of enthusiasm for some of the projects that have been completed,” he said, pointing to the two EU-financed case studies on U.S. and EU regulations regarding seat belt anchors and on things like lighting and mirrors. He said both those studies have “a lot of validity and could really be a path forward to beginning to recognize each other’s standards and the fact that European and American vehicles achieve similar safety outcomes.”

Those studies were carried by the United Kingdom-based TRL, an independent research institute. Mike McCarthy, a senior TRL researcher, toldÂ Inside U.S. TradeÂ in an email the group has been engaged by the European Commission to conduct a third study on vehicle crashworthiness that will be completed soon. UMTRI is also helping with that research.

To get a fuller picture, the researchers took data from the four countries and then — using a less-detailed, EU-wide data set called the Community Road Accident Database — “weighted” them to make them more reflective of the European population. This aspect of the study drew heavy scrutiny from the industry (Inside U.S. Trade, May 8).

Blunt said that the U.S. industry had not yet presented the results of the UMTRI study to U.S. negotiators or regulators but would do so soon. Asked whether he feared that a lack of definitiveness in the results would undermine the industry’s argument U.S. and EU safety rules offer similar results, Blunt would only say he feels both the U.S. and EU are committed to a “high value agreement” in the auto sector.

Â In parallel to the TTIP, U.S. and EU auto safety regulators — along with their counterparts in JapanÂ — have also begun to explore how to revive long-stalled efforts to increase regulatory harmonization in the auto sector through a multilateral forum called “Working Party 29” based in Geneva and established by what is known as the 1998 Agreement.

In a “Trilateral White Paper” submitted by the U.S., EU and Japan during a June 23-26 meeting of the working party, the countries identify what they say are a number of shortcomings that have hampered the ability of parties to harmonize auto safety, security and emissions regulations through the adoption of what are known as Global Technical Regulations (GTRs).

These include a mismatch between Working Party 29’s agenda and the priorities of members, resource constraints that made it difficult to do necessary research or make regulatory changes, and an incompatibility between the domestic rule-making systems and the GTR adoption process.

On the latter issue, the three countries suggest that parties “reflect on measures” that could make their domestic procedures more in line with the objective of improving the adoption of GTRs.

How that would work in practice is uncertain. The 1998 Agreement mandates only that countries who vote in favor of a GTR initiate the domestic legal procedures necessary to transpose a GTR into domestic law. In the U.S., this typically means that auto regulators are obligated to propose the GTR in a “notice of proposed rulemaking.” That triggers a comment period during which interested parties submit comments to the proposal, including proposed revisions. These comments can result in the measure being revised, which creates conflict with the original GTR.

Daniel P. Malone, an attorney with the Detroit-based law firm Butzel Long, who specializes in automotive regulatory affairs, posited in an interview that one way to improve the overall rulemaking system would be for U.S. regulators to make more frequent use of “advance notice of proposed rulemaking” during the drafting period of a GTR. Doing so could reduce the likelihood of returning to Working Party 29 and proposing revisions shortly after any attempted transposition of a GTR into U.S. law.

Officials at the U.S. National Highway Traffic Safety Administration and the European Commission could not be reached for an interview prior to press time.

The White Paper was touted in the joint auto industry presentation in Brussels as providing a “unique opportunity” to improve the GTR adoption process. But what it will ultimately lead to is still unclear. A Geneva source said that the countries are continuing to receive feedback from other parties to the 1998 Agreement; it is slated to be discussed next in November.

Blunt, in the interview, stressed that while supportive of bolstering the Working Party 29 process, the industry does not want that to be a substitute for progress in TTIP. “We’re hopeful that the WP29 process can be improved,” he said. “We’ve always believed very strongly that you need both a strong TTIP outcome on harmonization and an improved WP29 process.”

But the AAPC president added that it remains to be seen what will eventually emerge out of TTIP, and that regulators are still in the stage of exploring which options are feasible. He said that negotiators are predicting they can wrap up the TTIP talks over the span of the next 18 months — a timeline that Blunt said was “ambitious” considering the scale of the issues that need confronting, the amount of necessary research and analysis, and the pace of U.S. trade negotiations in the past. —Â Ben Hancock