Shrewsbury picketsā win appeal: “The pickets should never have been convicted”” 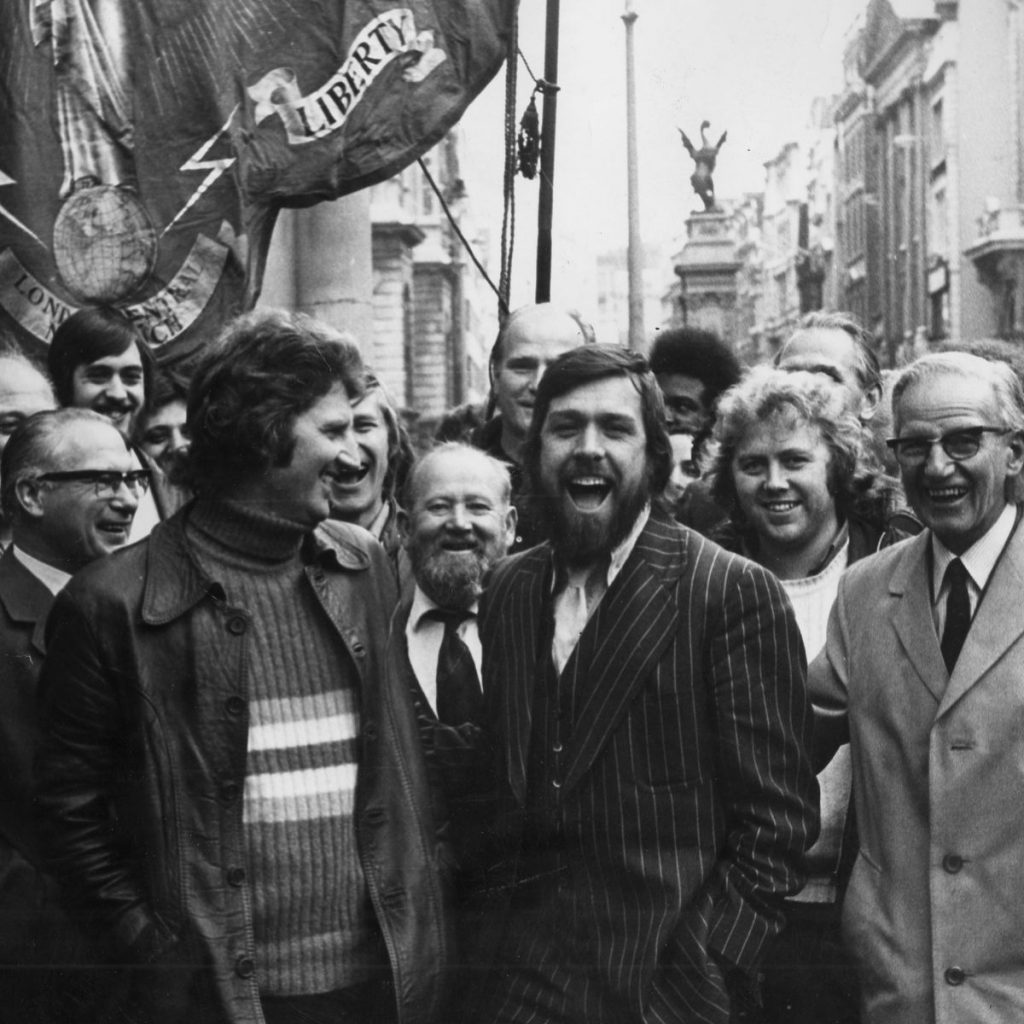 The Shrewsbury 24 Campaign is delighted to announce that after 15 years we have finally achieved victory. The Court of Appeal has today quashed the convictions of the North Wales building workers who were tried for picketing offences in 1973- 1974.

The lead picket, Des Warren was sent to prison for three years and blacklisted upon his release. As a result, he never worked again and died prematurely in 2004, aged 67.

Two of the other twelve pickets represented by the Campaign had also been imprisoned: John McKinsie Jones for 9 months and Michael Pierce for 6 months. The other pickets received suspended prison sentences.

Terry Renshaw, a member of the Campaign since its inception and who received a suspended sentence, spoke for all the pickets:

“We never thought that we would see this day, when this miscarriage of justice was overturned. The Court of Appeal has acknowledged that we did not receive a fair trial. The police and the prosecuting authorities used every trick in the book to secure guilty verdicts even if it meant trampling over our rights and manipulating the evidence.

Ā On behalf of all the pickets I would like to pay tribute to the Shrewsbury 24 Campaign, without whom we would never have achieved this victory. In particular we owe a great debt to our Researcher, Eileen Turnbull, for working tirelessly to obtain the crucial evidence that got our caseĀ  to the Court of Appeal and brought about our victory.

Harry Chadwick, the Chairperson and founding member of the Campaign, was equally overjoyed.

“We have overcome tremendous obstacles to reach this day. We could not have done it without the support of the TUC, the trade union and labour movement. This is an historic victory for all working people.”

The Campaignās Researcher and Secretary, Eileen Turnbull, paid tribute to the eight pickets who stood firm,

“I am particularly happy for the eight pickets who stood with the Campaign, through all the tough times: John McKinsie Jones, Malcom Clee, Michael Pierce, Terry Renshaw, Kevin Butcher, Bernard Williams and the families of the late Des Warren and Ken OāShea. Their tenacity and belief in our case was an inspiration. Their quest for justice for all the pickets never waned.”

Statement by Len McCluskey General secretary of Unite – the Shrewsbury pickets were members of the TGWU and UCATT both legacy unions of Unite.

“Today is a joyous and Ā just day for the 24, and for working people everywhere, but these innocent workers should never have been put in this miserable position by the forces of the British state.

“We salute the heroic men and their families and their enormous courage in taking on the apparatus of the state in order to clear their names. History will rightly record their heroism.

“I send my very best wishes to my good friend Ricky Tomlinson, who can take enormous pride from today’s ruling, and my thoughts today are with Dessie Warren, who sadly did not live to see justice delivered, and his family who fought on in his name.

“It is also a landmark day in trade union history. For nearly 50 years this group of workers have been defending themselves agains deep, criminal injustices perpetrated by the state. Finally, the truth has been heard and justice has been done.Ā

“On behalf of Unite I want to pay tribute to their determination and to the Shrewsbury 24 Campaign, without whose work and commitment this victory for them and the working class would not have been possible.

“However, this day must also b markedĆĀ with sadness, sadness for those who have not lived to see justice secured.

“Not only should the pickets never have been convicted, but the failure to overturn such clearly wrongful convictions for so long, casts a dark stain on society.

“It is vital that this miscarriage of justice is never forgotten. The pickets were victims of the state whose agencies, including the police, the judiciary and the intelligence services, conspired to make an example of ordinary trade unionists simply campaigning for better pay and safer working conditions for all building workers.

“The full details of who was involved in these trumped up charges remain shrouded in mystery and it is critical that the government papers from the time are finally published.

“It is essential that such state sponsored injustice is never allowed to happen again and that is particularly critical in the context ofĆĀ the present government which is intent on limiting the right to protest.

“In the light of Ā Norman Tebbit’s recent admissions, this verdict has ramifications for every person interested in freedom and human rights.

1 Response to Shrewsbury picketsā win appeal: “The pickets should never have been convicted””