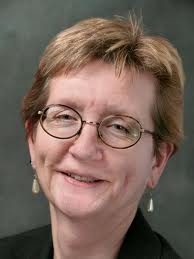 By the TUCs ┬ĀSarah Veale

The House of Lords twice rejected the GovernmentŌĆÖs preposterous ŌĆ£rights for sharesŌĆØ wheeze but finally caved in last night, after the proposal had been modified so much as to be more or less inaccessible. It really was like putting a lick of paint onto a derelict building and calling it fit to live in.

The basis of the scheme is that in return for some free shares in the business prospective employees would give up certain employment rights ŌĆō namely protection from unfair dismissal, statutory redundancy compensation, the right to request flexible working and a new requirement to give longer notice of return to work following maternity leave.

They picked on these particular rights because they are all domestic ŌĆō the Government is not allowed to legislate to remove rights under EU law, for example, protection from discrimination. While they were proposing to remove these rights they were at the same time saying how family friendly they were, with their new proposals on shared parental leave. That makes this proposal look even more unhinged.

They had not thought through the consequences of their proposal at all. It soon became clear that employees who exchanged their rights for shares, then subsequently sold the shares, would be given tax breaks. What a nice little earner.

Many employers have attacked the proposal, notably Justin King, the CEO of SainsburyŌĆÖs, who said his company did not want to be associated with taking away employeesŌĆÖ basic rights. A significant number of senior Conservatives spoke out publicly against in in the House of Lords and elsewhere.

The TUC has been implacably opposed to this scheme from the outset ŌĆō this is why:

Firstly, the proposal potentially deprives employees of important basic employment protections. Even if nobody takes up this offer it establishes in UK law a dangerous precedent, whereby statutory rights can be given up. If individual employees had equal bargaining power to employers this might not be so bad but in reality employees will only give up their rights if they are under duress, desperate for work, or ignorant of the consequences.

Secondly, it is a huge tax avoidance scheme. The Chancellor himself acknowledged in his Autumn Statement that it could cost as much as ┬Ż1 billion in lost tax revenue. This is because employees could sell their shares at a profit and enjoy tax breaks on what they make. Of course this will only happen where some sort of prior bogus arrangement has been made between the employer and the employee, not to ordinary employees. In other words it will become a tax scam for a few canny businesses. At a time when we are heading for a triple dip recession and multiple tax avoidance by large companies based outside the UK has been exposed, this is the last thing the economy needs.

It is no good arguing that the scheme is now safe and sound because of the GovernmentŌĆÖs last minute concessions, including the most significant one, whereby employees would have to have independent advice before signing away their rights, plus a cooling off period of seven days in which they could change their minds. It is not clear who would qualify as an ŌĆ£independentŌĆØ advisor for these purposes, but in any case it probably isnŌĆÖt intended to include union advisors!

The whole scheme is just another attempt to remove workersŌĆÖ rights ŌĆō Beecroft by the back door ŌĆō and it should be dropped without further ado. An incoming Labour Government should repeal it immediately.