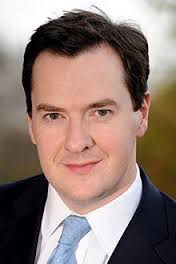 Do you remember the â€˜shares for rightsâ€™ scheme? Itâ€™s George Osborneâ€™s cunning plan to put our rights at work up for sale.Â In exchange for a few shares in the company, businesses will be allowed to force new employees to give up some of their key rights at work (including quite important ones, like not getting sacked, or being entitled to redundancy pay).

After steamrolling this back-of-an-envelope plan through the House of Commons, it finally came a cropper in the House of Lords, where Labour Peers successfully won a vote to remove the whole â€˜Employer Ownersâ€™ section of the Growth and Infrastructure Bill.

Next Tuesday, our MPs get to vote again to decide whether or not â€˜shares for rightsâ€™ stays in the Bill when it becomes law.

No-one, apart from George and his friends, seems to like his â€˜shares for rightsâ€™ plan. The House of Lords didnâ€™t like it. Working people donâ€™t like it. Even businesses donâ€™t like it – out of 184 business responses to the official consultation, just three said they would take up the scheme 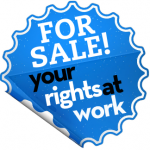 Now the final decision rests with our Members of Parliament. Will they speak up for the majority, or will they do what Osborne and Cameron want them to do, with no regard to the impact it could have on people who need rights at work and job security?

You can email them now by clicking hereÂ on George Osborne’s nose in the picture above.:

It was thanks to campaigners like you, ramping up the pressure on this issue, that we were able to win the vote in the House of Lords. Â Now we cannot let that momentum drop – getting in touch with your MP could make the difference again.