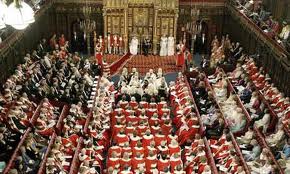 George Osborne‚Äôs ‚Äúshares for workers‚Äô rights‚Äù plan suffered a serious setback on last night as peers voted against the policy.

Osborne‚Äôs much derided scheme, which has been criticised by business groups, was dealt a further blow as the clause in the growth and infrastructure bill was defeated by 54 votes.

The chancellor last night indicated he would press ahead regardless of the result.

The plan would allow workers to give up some of their employment rights in return for at least ¬£2,000 of shares.

Gus O‚ÄôDonnell, the former head of the civil service told the House of Lords the plans, which could cost Britain ¬£1bn a year in lost revenues because the shares will be exempt from capital gains tax, would be very ‚Äúharmful to growth‚Äù.

‚ÄúIf an employer is offering this, they are probably the kind of employer that you do not want to go near. If an employee accepts it, it is probably because they do not really understand what they are doing. On those grounds, it is bad.‚Äù

Lord Forsyth of Drumlean, a Tory former Cabinet minister said the plans were ‚Äúill-thought through, confused and muddled‚Äô‚Äô.

A government consultation showed the policy had full support of fewer than 5 of the 209 businesses asked to respond. Only a ‚Äúvery small number‚Äù welcomed the scheme and said they were interested in taking it up.

Concerns included fears that individuals might be coerced into adopting employee-owner status, the cost and complexity of the scheme and the risk of abuse of the tax advantages.

The proposal is for employees to give up rights on unfair dismissal, redundancy pay, flexible working and time off for training, in return for receiving shares in their company.

Osborne announced the scheme, which is aimed at fast-growing companies, at the Conservative party conference.

The plan is a variant on employment law reforms proposed last year by Adrian Beecroft, a venture capitalist and Tory donor.

One official in the business department last week said: ‚ÄúWe are trying to make it happen because it is George‚Äôs pet project, but business really don‚Äôt like it.‚Äù

Update: Osborne looks to Lib Dems To Push Through Shares For Rights.