Shares for employment rights: what employers think about it (answer: not a lot)

By the TUC’s Nicola Smith 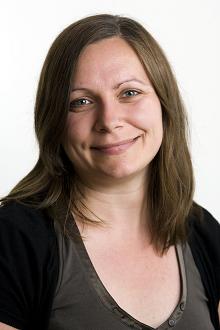 To little fanfare, BIS has published in fullĀ all responses to their recent consultationĀ on shares for employment rights. A very brief read through the results reveals very little business support for the plans.

A few choice excerpts below:

From theĀ British Chambers of Commerce

We do not expect take-up of the new status to be high and we believe it will only be attractive to a small minority of workersā¦.there are significant disadvantages which put most off using it.Ā Employers have regularly expressed their concern that employees may decide not to apply for a role if forced to accept EO statusā¦employers were universally concerned that only offering EO status would mean limiting the pool of talent from which they were recruiting.

Most small businesses believed that the bureaucracy and cost of offering shares to employees would put them off using the EO status. There was also concern that it might make it more difficult to attract future investment or to sell the business, and that existing shareholders might object.

So, small businesses arenāt too keen on the proposals. But what about larger firms, such as theĀ CBIās members. Sadly for the Chancellor, thereās not a lot of support here either, with their responses claiming that:

The cost to firms ā in terms of adminstration, time and external advice ā to set up such a scheme is not insignificantā¦.for those without publically available shares the costs are opaqueā¦.the uncertainties around what a āreasonableā price for illiquid shares will be when they are realised, as well as around the valuation that HMRC will place on the shares at the point they are received are likely to be daunting.

What about CIPD ā the organisation that represents the HR professionals who the Chancellor hoped would benefit from making this flexible new status available to potential recruits:

The suggestion that employers or employees will find it helpful is wholly implausibleā¦there is no evidence to suggest that removing employeesā right to claim unfair dismissalā¦.will have any positive effect on growth or jobs.

There is a danger that it opens up, or is percieved to open up, a tax avoidance loop at a time when the Government has been trying to close these.

The suggestion that fast growing companies might be the prime beneficiaries of the proposed new status is highly implausible. Such companies are likely to be well run, successful and attractive to potential employees. They are less likely than other companies to have difficulty recruiting employees and unlikely to see major problems in offering them the full range of employment rights.

Another significant issue is the complexity facing an employers who might wish to consider taking advantage of the proposalsā¦.these proposals are ill-thought out and address a problem that doesnāt exist.

So no luck there.

The proposal could also potentially lead to potentially expensive and complicated employment tribunal claims. Employee owners who request flexible working but are refused might use the discrimination provisions in the Equality Act 2010 to challenge the refusal.

The return on investment in terms of numbers of employee owners created would be dramatically higher if the estimated Ā£100m of cost associated with these proposals was more widely invested in initiatives to increase employee ownership in the UK.

There areĀ far more negative responsesĀ than these to choose from. The Institute for Chartered Accountants are strongly opposed, the IoD (who at first gave support to the proposals) say:

There are some complexities and drawbacks to the current proposals which we believe mean that it is unlikely to be taken up in great numbers by either companies or individuals. There is also some scope for misuse against vulnerable workers.

We also suspect that upfront income tax and NIC liability inherent in being given shares by the company ā and shares that may prove to have a limited resale value ā will put the great majority of individuals off the idea.

The message from our members is that it seems contrary to the model of engaging employees in shared ownership whilst at the same time reducing many employment rights.

Ernst and YoungĀ point out potential costs of share valuation and theĀ EEFĀ say āthere will be no direct benefit for start-up businessesā . There is hours of reading here, but as yet I have failed to find a positive endorsement ā do let me know when you come across one.