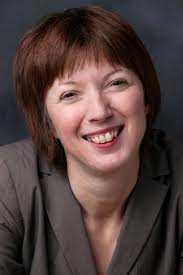 Low paid workers who have been prudent savers will now have to raid their savings in order to take their employer to court, as a result of new restrictions in the employment tribunal fees remissions scheme coming into effect from this week.

Earlier this year, the government introduced new upfront fees for individuals who felt they had been wronged at work and had chosen to take an employer to an employment tribunal. A remissions scheme was also set up so that low-income individuals would not have to pay fees of up to ÂŁ1,200 to make a claim.

The new scheme would mean, for example, that a woman sacked because of her age, or because she is pregnant, would still have to pay ÂŁ1,200 to have her case decided at a tribunal, even though she is out of work, as long as she or her partner have savings of ÂŁ3,000 or more.

The TUC is concerned the new scheme will disadvantage the low-paid who have been prudent and put modest savings aside. The change will particularly affect older workers who are more likely to have savings as they approach retirement.

TUC-commissioned analysis of the Family Resources Survey – published by the Office for National Statistics – shows that just one in 20 workers over the age of 50 are now likely to be fully exempt from paying the full fee when lodging a complaint against their employer at a tribunal. With fewer than one in four workers aged 50 plus likely to get any kind of financial support, fees of ÂŁ1,200 will become the norm for anyone sacked because of their age, says the TUC.

Even among households where someone is on the minimum wage, fewer than one in four of these workers will receive any support and will have to pay full fees of ÂŁ1,200.

‘The remissions scheme was set up to help people on low incomes avoid paying fees. But the changes which come in today could mean thousands of older workers having to raid their retirement savings if they want to seek justice against an employer that has mistreated them.

‘The changes today make it easier for rogue bosses to get away with mistreating staff, not paying them properly and dodging the minimum wage. This is not the kind of labour market hardworking people want to see.’